Taiwan to propose economic cooperation pact with Australia
13-Jul-2015 CNA
Following signature of the China-Australia FTA last month, Taiwan will express the idea of signing one with Australia at an upcoming vice ministerial-level trade and economic meeting between the two nations in Taipei.
Official urges signing of Taiwan-EU investment accord
4-Jun-2015
Duh Tyzz-jiun (杜紫軍), minister of the National Development Council (NDC), Thursday called for both Taiwan and the European Union to expedite the process of signing a bilateral investment agreement (BIA).
India delays economic cooperation deal talks
7-Jan-2015 Taipei Times
The Indian government has turned down Taiwan’s request to take a further step in advancing an economic cooperation agreement for the time being as it focuses on joining the Regional Comprehensive Economic Partnership, the Ministry of Economic Affairs said yesterday. 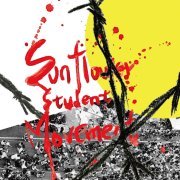 Groups tell government to stop FTA scare tactics
13-Nov-2014 Taipei Times
Several civic groups yesterday accused the Taiwanese government of exaggerating the potential impact of an impending free-trade agreement (FTA) between China and South Korea after the two countries’ leaders concluded talks on the accord at the APEC summit on Monday.
China-South Korea FTA to hurt Taiwan’s industries: official
11-Nov-2014
Vice Economics Minister Cho Shih-chao said Monday that a free trade agreement to be signed in the near future between China and South Korea will have a major adverse impact on Taiwan’s industrial base.
Taiwan to push TPP bid at APEC: president
3-Nov-2014 CNA
President Ma Ying-jeou said Monday that Taiwan will take the opportunity of attending the Asia Pacific Economic Cooperation forum (APEC) Economic Leader’s Meeting to demonstrate its resolve to participate in regional trade blocs such as the proposed Trans-Pacific Partnership (TPP).
Taiwan confirms desire for free trade deal with Australia
18-Oct-2014
Taiwan has confirmed its desire to forge a trade deal with Australia and rejected suggestions that mainland China could "meddle" in its efforts for deeper regional ties.
Taiwan, S. Korea may sign investment treaty ’soon’
29-Sep-2014 The China Post
In an exclusive interview with the United Daily News, South Korea’s representative to Taiwan stated that the majority of the contents in the agreement have been shaped while both sides have yet to agree on a few fragments.
0 | ... | 10 | 20 | 30 | 40 | 50 | 60 | 70 | 80 | 90 | ... | 220
Subscribe to bilaterals.org weekly