Taiwan, S. Korea may sign investment treaty ’soon’
29-Sep-2014 The China Post
In an exclusive interview with the United Daily News, South Korea’s representative to Taiwan stated that the majority of the contents in the agreement have been shaped while both sides have yet to agree on a few fragments. 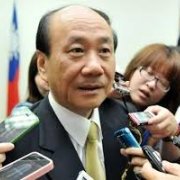 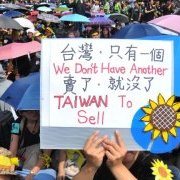 The significance of Taiwan’s anti-service trade agreement movement
14-Apr-2014 China Labour Net
On Thursday, Taiwan’s anti service trade agreement movement will leave the Legislative Yuan and the occupation will come to an end. Some of its participants think that the movement has not achieved its aims and do not want to leave. As outsiders it is difficult for us to judge.
Taiwan-Australia FTA urged as South Korea, Australia ink deal
8-Apr-2014
The Ministry of Economic Affairs said Tuesday that Taiwan should push for a free trade deal with Australia, noting that one signed between South Korea and Australia might impact Taiwanese manufacturers of petrochemical products and auto parts — two of Taiwan’s major exports to Australia.
US welcomes Taiwan membership in TPP if island fulfills criteria: diplomat
3-Mar-2014 China Post
The United States would welcome Taiwan’s participation in the Trans-Pacific Partnership as long as it meets the high standards set by TPP members, Taipei’s diplomat to Washington was cited as saying yesterday.
Taiwan should learn from South Korea’s TPP strategy
20-Jan-2014 Want China TImes
Taiwan’s president, Ma Ying-jeou, has recently turned aggressive in seeking to join the Trans-Pacific Partnership talks and could learn from Korea’s strategy.
Envoy calls for free trade pact between Taiwan and Malaysia
31-Dec-2013 China Post
The Republic of China representative to Malaysia called on the Malaysian government to consider signing an economic cooperation agreement with Taiwan.
Taiwan beefs up regional defences with 2nd phase of free trade zone
16-Dec-2013 Reuters
Taiwan is building up a free trade zone to counter the threat of being marginalised in the wake of trade deals being negotiated by major economies and regional Asian neighbours (TPP and RCEP).
Former vice president to push Taiwan’s TPP bid in Washington
10-Nov-2013
Former Vice President Vincent Siew will lead a business delegation on a visit to the United States later this month to drum up support for Taiwan’s efforts to join the Trans-Pacific Partnership (TPP), according to Taipei’s representative office in the U.S Wednesday.
ASTEP increases bilateral investment, trade: minister
9-Nov-2013
The economic partnership agreement between Taiwan and Singapore inked yesterday is likely to benefit manufacturing as well as to promote bilateral investment and trade, Economic Affairs Minister Chang Chia-juch (張家祝) said yesterday.
0 | ... | 20 | 30 | 40 | 50 | 60 | 70 | 80 | 90 | 100 | ... | 220
Subscribe to bilaterals.org weekly