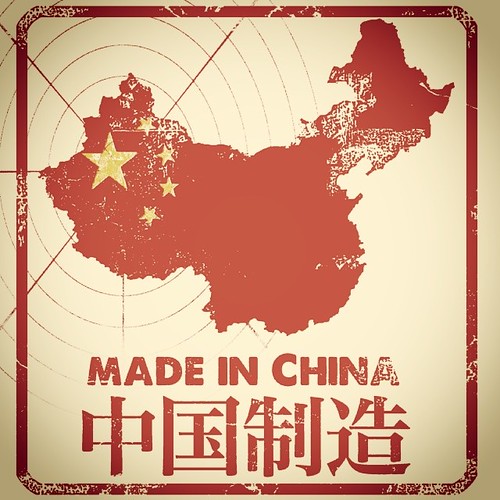 China actively seeks bilateral trade and investment deals outside of the World Trade Organisation. The government has put priority on forging agreements with neighbouring countries of Asia, but also many other countries on whom it relies for minerals, energy, food, infrastructure or geopolitical support.

Regionally, China has proposed a Free Trade Area of the Asia-Pacific, an initiative that would encompass the 21 Asia-Pacific Economic Cooperation nations, in direct rivalry with US-led projects like the Trans-Pacific Partnership. But that intitiative is currently on hold.

China is currently part of the talks on a Regional Comprehensive Economic Partnership (RCEP). RCEP is a mega-regional trade agreement proposed by the Association of South East Asian Nations with its FTA partners : China, Japan, South Korea, India, Australia and New Zealand.

If concluded, it would give Chinese corporations market access to India — in goods, services and investment — that it does not have through its own FTAs.

China also sees RCEP as a key element of its Belt and Road Initiative (BRI), an infrastructure project meant to link Asia with Europe, passing through Africa, and with an extension to Latin America.

China is also using the BRI to push more countries to sign free trade agreements to consolidate the trade and investment leverage that the project opens up.

PNG, China talk trade
23-Nov-2022 The National
PNG Prime Minister and Chinese President agreed that a free trade agreement must be concluded at the very earliest that would secure both nation’s interest so that trade and commerce happened within this realm.
Chinese President seeks to speed up talks on free trade deal with South Korea
16-Nov-2022 UrduPoint
Chinese President told his South Korean counterpart about the need to speed up negotiations on a free trade agreement between the two countries and increase bilateral cooperation in high-tech manufacturing.
China and El Salvador begin negotiations for a free trade agreement
10-Nov-2022 MSN
The Chinese and Salvadoran authorities announced that they have begun negotiations to achieve a Free Trade Agreement between the two countries "as soon as possible".
China’s bid to join digital economy pact hinges on clarification of data laws, experts say
7-Nov-2022 South China Morning Post
A special task force has been set up to negotiate China’s membership application for the Digital Economy Partnership Agreement but Beijing must clarify data laws if it wants to negotiate carve-outs that allow it to maintain digital sovereignty, experts say.
Sri Lanka ‘in a hurry’ to resume China free-trade deal talks to get ‘back on the radar’ after recent unrest
3-Oct-2022 SCMP
Talks between Beijing and Colombo over a free-trade agreement that began in 2014 have resumed, according to Sri Lankan ambassador to China, Palitha Kohona.
Despite Chinese pressure, Sri Lanka wary of entering into free trade agreement
29-Sep-2022 ANI
The ongoing economic crisis and challenges of penetrating the Chinese market are making Sri Lanka cautious about concluding a Free Trade Agreement with China, despite pressure.
Advancing the free trade agreement strategy
26-Sep-2022 The Star
China will advance its free trade agreement strategy to effectively connect domestic and foreign markets and relevant resources, in terms of “expanding scope, improving quality and raising efficiency”, according to the Commerce Ministry.
Belarus, China eager to sign free trade in services agreement
20-Sep-2022 Belta
Belarus and China are interested in signing an agreement on free trade in services and on making investments.
Chinese premier calls for quick progress in follow-up FTA talks with Korea
25-Aug-2022 The Korea Times
Chinese Premier Li Keqiang called for quick progress in follow-up free trade agreement (FTA) negotiations with Korea as he described the two countries as "inseparable" neighbors that should work together to defend supply chain stability.
China to implement negative list for cross-border trade in services
24-Aug-2022 China Daily
China will implement a negative list for cross-border trade in services, expand opening-up in the services sector and bolster digital trade to shore up economic growth, said government officials.
0 | 10 | 20 | 30 | 40 | 50 | 60 | 70 | 80 | ... | 480