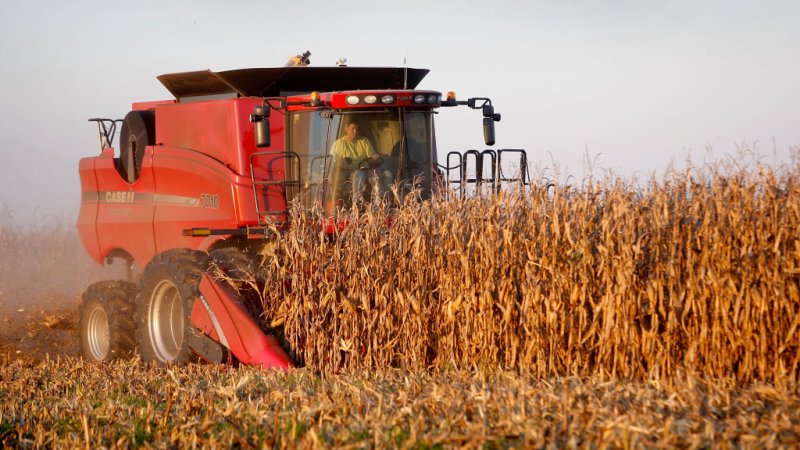 Frustration mounts after the U.S. government has failed to ratify the United States-Mexico-Canada Agreement.

The Agricultural Leaders of Michigan voiced concern after the three countries announced the agreement eight months ago, but they’ve yet to ratify it. The group is made up of a coalition of agricultural, commodity and agribusiness leaders.

Earlier this month, the United States reached a deal to remove steel and aluminum tariffs on Canada and Mexico with many lawmakers saying that was the biggest roadblock in ratifying USMCA.

The agriculture industry is one of the state’s largest revenue streams. It brings in $104.7 billion annually into the Michigan economy, per the Michigan Department of Agriculture and Rural Development. Mexico and Canada are Michigan’s top two export markets.

“With Michigan agricultural exports totaling more than $2.7 billion each year, trade is critical to our ag industry,” said Jim Byrum, president of the Michigan Agri-business Association. “The USMCA will help maintain the strong trade relationships we have with Mexico and Canada, and we urge Congress to take action to ratify the agreement.”

Mary Kelpinski, CEO of the Michigan Pork Producers Association, said there are more than 2,500 Michigan pork producers who export 27% of their pigs. She said the value of pigs produced by farmers is greater than $500 million annually.

“The USMCA will maintain valuable markets and provide industries like mine an immediate opportunity to improve trade,” she said.

Dave Armstrong, president and CEO of Greenstone Farm Credit Services, said his organization manages over $9 billion in assets and serves over 24,000 members in Michigan and northeast Wisconsin with loans, building equipment leases, and life and crop insurance. He said about 70% of U.S. farms are at a high risk of financial problems.

“The rural economy is in a recession with farm income down 50% since 2013,” he said. “Trade is key to reviving commodity prices and turning the ag economy around, which is why passing the USMCA is so important.”

“The USMCA will have a positive effect on the dairy industry in Michigan by improving trade opportunities and increasing U.S. market access,” Nobis said. “Under the USMCA, Canada will eliminate a dairy pricing system that has disadvantaged U.S. producers.”

The Business Journal reported last fall that the agreement has two advantages for dairy farmers in Michigan: an expanded Canadian market and the elimination of Canada’s Milk classes 6 and 7. The agreement would allow for more dairy products to Canada, including fluid milk, cream, butter, skim milk powder, cheese and other dairy products.

“Export is a big part of the U.S. economy and the Michigan economy,” Byrum said. “If we don’t export agriculturally, we are not in business, quite frankly, because we have to export because we produce way more commodities here than we can ever consume.”