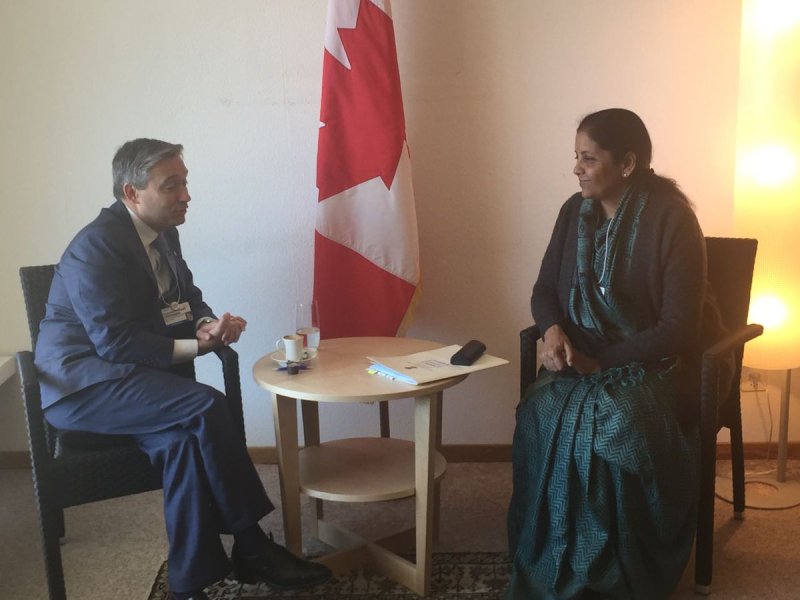 Canada is calling on India to fast-track a proposed bilateral free trade agreement (FTA). This is part of Canada’s attempts to strengthen ties with Asia following the decision of US President Donald Trump to pull out of the ambitious Trans Pacific Partnership (TPP), of which the country was a part.

New Delhi, however, remains apprehensive of Ottawa’s call for changes in some of the provisions of the model Bilateral Investment Treaty (BIT) to make it more favourable for investors.

Although the BIT is separate from CEPA, Canada has been insisting on linking the two so that they get simultaneously signed.

“No doubt Canada is interested in pushing the CEPA with India after the Trump government withdrew from the TPP. But what remains to be seen is whether Canada changes its stance towards the model BIT,” a government official told BusinessLine.

While discussing the fallouts of the failure of the TPP, Champagne had earlier told the Canadian media that the country wants to send out the message that it is open to trade, “obviously with China, with India, with Japan.”

“India is very much interested in a CEPA with Canada as the country could be a big source of investments for us once the pact gets signed. But we don’t know to what extent the provisions of the model BIT could be changed,” the government official said.

Canada’s biggest problem with the model BIT, which has been framed by the Finance Ministry to protect India against international arbitration, is the investor-state dispute settlement (ISDS) mechanism.

The ISDS lays down that foreign companies can seek international arbitration only when all domestic legal options have been exhausted.

“In our previous interactions with Canadian officials, apprehensions have been expressed about the long time that Indian courts take in clearing cases,” the official said.

The Commerce Ministry has discussed with the Department of External Affairs the possibility of tweaking some of the provisions of the model BIT, but the latter has argued that it is not possible to make country-specific changes. Huge potential

“This is a very tricky situation for us as it is important for us to sign trade and investment pacts with other countries. At the same time, out trade partners’ apprehensions related to the model BIT also have to be dealt with,” the official said.

Over $12 billion of investments have poured in from Canadian companies in the past two years alone. “Canada holds huge potential for us as the country’s outward investments crossed $750 billion in 2015,” the official said.

The EU, too, is putting pressure on India to have a re-look at its model BIT. The 27-member bloc has sought an extension of at least six months for the individual BITs that India has with EU countries which will all expire on March 31.