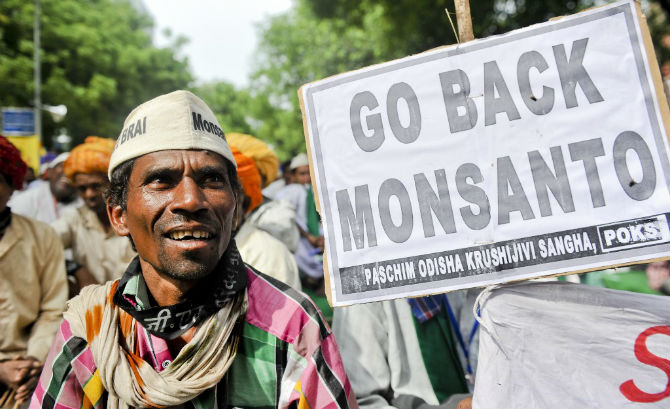 BARCELONA (IDN-INPS) — Ever since the ink dried on the Trans-Pacific Partnership (TPP), people have become aware of another mega-trade deal being negotiated behind closed doors in the Asia-Pacific region. Like the TPP, the Regional Comprehensive Economic Partnership (RCEP) threatens to increase corporate power in member countries, leaving ordinary people with little recourse to assert their rights to things like land, safe food, life-saving medicines and seeds.

RCEP is being negotiated between the ten countries that form the Association of Southeast Asian Nations (ASEAN) and their six biggest trading partners in the region: Australia, China, India, Japan, New Zealand and South Korea.

According to the latest leaked draft of the RCEP agreement, dated October 15, 2015 and published by Knowledge Ecology International, the negotiating countries fall into two camps when it comes to legal rights over biodiversity and traditional knowledge useful for food production and medicine.

The "hard-line" camp, pushing to strengthen the legal rights of corporations, is composed of the Australian, Japanese and Korean governments.

These countries are trying to:

ensure that RCEP requires all members to join UPOV 1991 or at least create national laws that are consistent with the international seed agreement. UPOV 1991 is designed to provide private property rights over new crop varieties. It gives corporations like Monsanto or Syngenta a legal monopoly over seeds, including farm-saved seeds, for 20 years or more. This goes beyond the requirements of the World Trade Organisation’s (WTO) agreement on Trade-Related Aspects of Intellectual Property Rights (TRIPS);

ensure that RCEP requires all members to join the Budapest Treaty for the protection of patents on microorganisms. The Budapest Treaty sets up a system whereby corporations can deposit a sample of a microorganism they are patenting in a designated gene bank as a way of describing their invention, even though access to the material is restricted; and

All of these measures are "TRIPS-plus" in that they go beyond what is required under the WTO TRIPS agreement and therefore further entrench intellectual property systems. By going beyond WTO, they also set new international standards through the back door.

Intellectual property rights are exclusive economic rights that are granted by governments to reward and, in theory, stimulate innovation. Whether they do this or whether they create unjust legal monopolies and rent-seeking behaviour is hotly debated.

The other camp, comprising ASEAN, China, India and (for the most part) New Zealand, are rejecting these proposals. Some of these states have agreed to these kinds of requirements under other trade deals, like Japan’s bilateral Economic Partnership Agreements or the yet to be ratified Trans-Pacific Partnership. But they do not want to impose them through RCEP.

ASEAN, China and India are also trying to include certain provisions in the intellectual property chapter of RCEP that would uphold rights and obligations laid out in the UN Convention on Biological Diversity (CBD). For example:

ASEAN and China want to ensure that RCEP members recognise the importance of companies which apply for patents or other rights in their territories “disclosing” the origin of genetic material or traditional knowledge that they used.

China and India go further than this and want RCEP to make such disclosure a requirement, subject to various sanctions.

India goes further still and proposes that RCEP require all member states to accede to and implement the CBD’s Nagoya Protocol on access and benefit sharing related to biological diversity. (The ASEAN states are against this.)

Historically, biodiversity- and traditional knowledge-rich countries like India and China have seen Western scientists siphon off their riches, tweak them and patent them. For this reason, they have resisted extending the legal systems of the West to these resources and pushed instead for payments when these resources are used.

None of these approaches, however, will protect communities on the ground. By formalising new rules to govern the use of their knowledge and seeds through secret negotiations, RCEP would bring the wealth of Asia’s peasant, fisher and indigenous communities into the regional trading system. This would be a catastrophe, especially given the intense pressure of climate change in the region. Right now, a devastating El Niño is microwaving Asia’s farmlands, putting rice supplies in jeopardy and driving hungry peasants into deadly protests, as recently seen in the Philippines.

To promote real food security in the context of climate change, governments across the Asia-Pacific region need to stop engaging in this one-upmanship on intellectual property. Indeed, they should step away from the RCEP talks altogether. Instead of granting new powers and privileges to corporations, they should actively support local communities who are trying to achieve food sovereignty rooted in their own control over their seeds, land, knowledge and water. That is a wholly different agenda, but one that urgently needs our support.

GRAIN is a small international non-profit organisation that works to support small farmers and social movements in their struggles for community-controlled and biodiversity-based food systems.