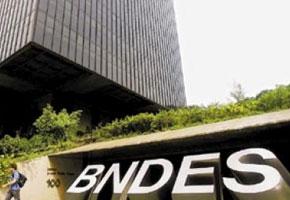 On March 30th and April 1st, Brazil signed, respectively, with Mozambique and Angola, two Investment Cooperation and Facilitation Agreements (ICFA’s) – despite a few small differences, the texts are substantially similar – seeking to stimulate investments between it and those countries and to provide a safe environment for the investors of each party.

It is widely known that Brazil is not a supporter of the traditional international investment agreement (IIA) model. As clarified by the Brazilian Secretary of Foreign Trade at the International Investment Agreement Conference held by UNCTAD in October 2014, some provisions usually found in IIAs, like those related to indirect expropriation and investor-state dispute settlement, are said to be at odds with the Constitution and to restrict the regulatory autonomy of the Brazilian government. For those reasons, the few IIA signed by Brazil have never been approved by Congress and have therefore not come into force.

The Brazilian government, however, has developed an alternative model to encourage international investments, whilst, at the same time, respecting the host states’ right to regulate. In this context, the ICFAs recently signed intend to achieve a balance between States’ and investors’ rights and duties, promoting investments through cooperation and dialogue between the States.

The main pillars of the ICFAs are:

institutional governance, to be established through measures like the appointment of focal points (ombudsman) in each government and the creation of a Joint Committee formed by representatives of both parties, facilitating communication and the exchange of information on investment opportunities;

risk mitigation and dispute prevention, through provisions like those dealing with equal treatment, direct expropriation, transparency and access to information; and

As already mentioned, Brazil has not ratified any BITs and is therefore not subject to international investor-State dispute settlement mechanisms. The system of dispute prevention and settlement chosen in these ICFAs is therefore of particular note.

Following a path of greater cooperation, the ICFAs offer a mechanism (article 15) that provides as a first step that the focal points will act together with the Joint Committee to prevent, manage and solve possible disputes between the parties of the agreement. As a second step, the ICFAs provide that before resorting to arbitration procedures, any dispute between the Parties shall be assessed, by means of consultation and negotiation, and examined preliminarily by the Joint Committee.

The ICFAs’ texts classify the proceeding as a “dialogue and bilateral consultation” between the signatory States (not the investors), and organizes it as follows:

3. Parties may submit specific questions of interest to a given investor to the Joint Committee:

i. to begin the proceeding, the Party of the concerned investor shall present a written request to the Joint Committee, specifying the name of the investor as well as the challenges and obstacles faced;

ii. the Joint Committee shall have 60 days, extendable by mutual agreement for another 60 days, upon justification, to offer relevant information on the case presented;

iii. in order to assist the search for a solution between the Parties, whenever possible, the following representatives shall attend in full or partially the bilateral meeting:

representatives of the investor in question;

representatives of the governmental and non-governmental entities involved in the situation or measure under discussion“. (free translation)

As can be seen, the ICFA provisions rely on cooperation by the parties, giving them a path to be followed without any formal or detailed guidance. It provides, for example, that the request for consultation must be presented in writing, but there is no mention to the presentation of an answer by the other party. The consultation and negotiation process is not specified either.

The proceeding can be terminated by any of the involved parties through the presentation of a report at the next Joint Committee meeting, identifying (i) the parties; (ii) the interested investors; (iii) the measure analysed in the proceeding; and (iv) the parties’ positions on the issue.

These are very interesting provisions. The ICFAs open a door to arbitration, providing an alternative to the local courts. However, it is important to note that the arbitration which is proposed would be State-State arbitration rather than the investor-State arbitration usually found in traditional investment agreements.

The wording of the “arbitration clause” raises a number of questions. For instance, in both ICFAs it seems that arbitration is an option but not an obligation for the parties. Also, while arbitration is included here as a possibility, there is no further detail at all as to the arbitral procedure – that would be developed or adopted by the Joint Committee according to the ICFA signed with Mozambique.

The ICFAs are an interesting alternative approach to the question of foreign investment. Many will see these as an improvement on the past Brazilian approach to foreign investments. Given how different these investment agreements are from the traditional approach, it will be interesting to see how effective their provisions are, particularly where, as with dispute settlement, much of the content will ultimately be determined by the Joint Committee.