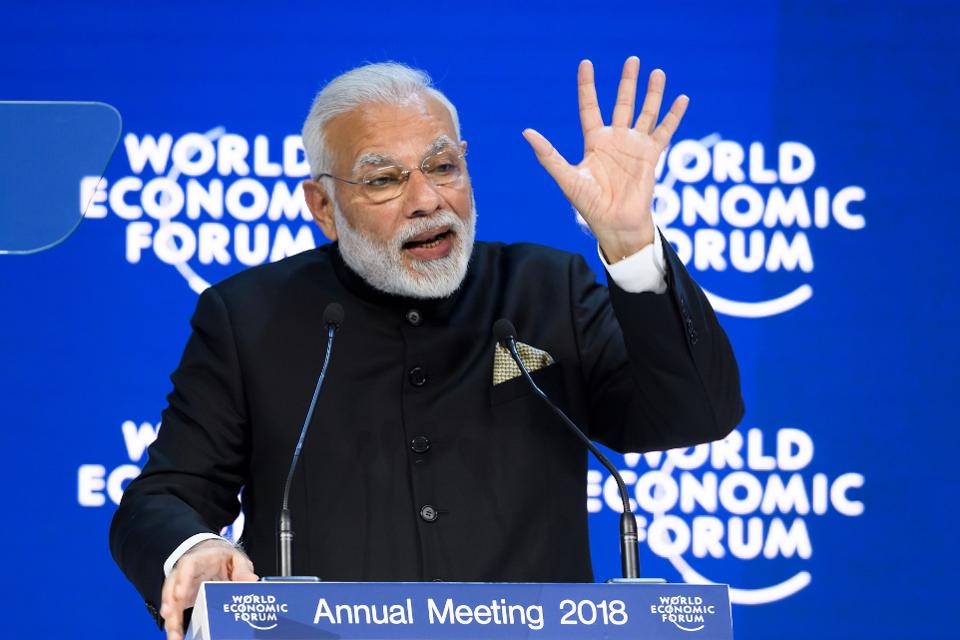 Why has the annual jamboree at the World Economic Forum (WEF) in Davos gained so much importance at this time? As the global slowdown recedes and diplomatic stability regains ground on both sides of the Atlantic, the growth-famished world economies are getting desperate to bring free market right back into the reckoning of international diplomacy.

In fact, after nearly a decade of global economic decline, a new run for India is all set to begin in a rather peculiar fashion. While Prime Minister Narendra Modi was packing his winter gear for the WEF summit in snowy Davos, India’s diplomatic mailbox was already full with fresh offers of free trade and investment deals along with requests for renewal of old ones.

Owing to the pressure to promote "swadeshi", the foreign trade policy of the Modi government has remained meek and ambivalent. PM Modi, who deserves credit for the emerging global interest in India, must get candid on the issue of opening up the Indian market further through new free trade agreements during his Davos debut.

Fresh calls for new free trade deals had come from none other than US President Donald Trump, who dumped Trans-Pacific Partnership (TPP), world’s most ambitious trade agreement, in the dustbin after coming to power. A week after Trump’s suggestion to freeze $1.9 billion in aid to Pakistan, US ambassador to India, Kenneth Juster, enumerated a candid blueprint of the Indo-US economic and strategic relations under the Trump administration.

Ambassador Juster, who had served as a deputy economic adviser to Trump before being nominated as ambassador to India, said that American companies are finding it difficult to operate from China. US corporations are looking forward to new centres for their businesses in the region. India has the potential to be a new hub of American business interests in the Asia-Pacific region.

The White House has also proposed a free-trade agreement (FTA) with India. The proposed agreement has been a subject of discussions in trade circles for some time, however, it is for the first time that the US has officially made the FTA offer between the world’s number one and number three economies.

In April last year, US commerce secretary Wilbur Ross had said that he didn’t believe that there have been any serious discussions with India of late on the topic of a free trade agreement; but there was no inherent negative attitude on their part.

As India and the US have no FTA, the bilateral trade is done under WTO (World Trade Organisation) rules. America has FTA with only 20 countries; prominent among them are Canada, Australia, Israel, Singapore, South Korea and Mexico. The FTA ensures unrestricted flow of trade and investment between agreeing nations.

Trump is not alone in seeking special trade relationship with India. Modi’s new friend Bibi Netanyahu was also inclined to a free trade agreement. ASEAN countries are also expected to bring the agenda of free trade on the table during the summit in New Delhi later this week. India-ASEAN Free Trade Agreement has turned out to be the most successful experiment of the last two decades.

Ahead of Canadian Prime Minister Justin Trudeau’s visit to India in February and that of French President Emanuel Macron in March, both sides are looking for a breakthrough in long-pending negotiations for an FTA. Post its exit from the European Union, UK, too, will look forward to an FTA with India. The Commonwealth Secretariat noted last year noted in 2017 that an India-UK FTA will mark 26 per cent increase in bilateral trade.

The best days of the Indian economy were coincided with its globalisation. The economic slowdown of the last 10-12 years took a toll on global liberalisation and India’s growth eventually. Modi’s diplomatic missions might have been spectacular but his government did not accelerate free market agreements buckling under protectionist pressures of the "swadeshis". Even the renewal of bilateral investment agreements is pending since he took charge as prime minister. Over the last three years, no new free trade agreement has been signed.

The tired and crawling Indian economy needs a fresh infusion of investment and technology. There is no other way to economic revival except aggressive liberalisation of the Indian market. If PM Modi truly believes in a free and liberal market and wants to ensure a successful run for India, the stage is set for him.