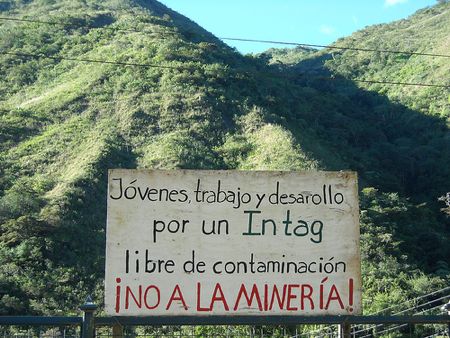 On March 15, 2016, an Arbitral Tribunal of the Permanent Court of Arbitration in the Hague, Netherlands released its Award in relation to Copper Mesa’s claims against the Republic of Ecuador ("Ecuador"). The Tribunal awarded the Company damages of US$19,447,498, plus pre- and post-award interest, due to Ecuador’s unlawful expropriation of Copper Mesa’s investments in the Junin and Chaucha mining projects.

Gary E. Davis, Copper Mesa’s President, commented: "On behalf of Copper Mesa’s board of directors, we are pleased that the Tribunal has recognized Ecuador’s unlawful expropriation of the Company’s investments in both of its principal mining projects. The Company looks forward to collecting on the Award on behalf of all of its stakeholders. We thank our legal team, led by Robert Wisner, Co-Chair, International Arbitration at McMillan LLP."

The Company has now secured financing in order to cover the costs of any eventual post-Award litigation. In the event of final satisfaction of the Award, the Copper Mesa intends to explore options for an orderly resolution of its affairs. Trading in the Company’s securities has been cease traded since 2010 as the Company has been unable to meet its continuous disclosure obligations under securities laws.

Copper Mesa is a mineral exploration and development company. Since 2011, the Company’s business has been limited to pursuit of its international claim against Ecuador.