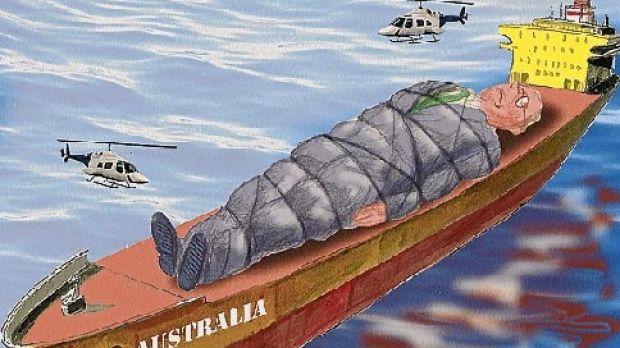 Labor has signalled its support for the concept of a much larger trade agreement than the Trans-Pacific Partnership.

The Turnbull government has sent similar signals after the election of Donald Trump, given the likely failure of the TPP.

A new consensus is emerging in Canberra in the lead-up to a meeting this weekend of the Asia-Pacific Economic Cooperation group in Peru.

The trade minister, Steve Ciobo, is already at the Apec summit, and the prime minister, Malcolm Turnbull, left for Peru on Thursday night.

Ciobo travelled to the meeting prepared to talk seriously to China about a relatively unknown trade deal, called the Free Trade Area of Asia Pacific, which is being advanced by the Chinese government.

The FTAAP would involve 21 countries, making it much larger than the 12-country TPP.

One widely cited study estimates the gains from FTAAP would be eight times that of the TPP – close to $2tn, or roughly 2% of world gross domestic product in 2025.

In an opinion piece published by the Australian Financial Review on Thursday, and in an interview with the Financial Times before the Apec summit, Ciobo said he wanted to conclude a collective study on the FTAAP.

“With the future of the TPP looking grim, my ministerial counterparts and I will work to conclude a study on the Free Trade Area of the Asia-Pacific, which sets out agreed actions towards a future free trade zone,” he wrote.

He also said Australia had “long been a supporter” of the FTAAP concept.

Now Jason Clare, the shadow minister for trade and investment, has told Guardian Australia that the FTAAP concept is a good one, particularly because it would include the United States and China.

He said with the demise of the TPP Australia ought to focus on other trade opportunities. “I don’t think FTAAP is going to be finalised quickly. It’s a big project that will take time,” he said.

“But it does have the advantage over all other proposed regional trade agreements in that it includes both China and the United States.”

He said trade was an area of relative bipartisanship in Australia between Labor and the Coalition, and he saw the potential in FTAAP.

But he said a lesson from the election of Donald Trump, and from Brexit, was that a lot of people were “pretty angry, don’t trust politicians, and feel like they’re no better off today than they were a decade ago or worse”, so political parties ought to listen.

“The Labor party understands how important trade is in improving the lives of Australians, but it’s not just about trade,” he said.

“It’s about domestic reforms – like the minimum wage, negative gearing, education, skills reforms – a whole lot of things that need to be done in Australia if we’re going to reverse the trend of increasing inequality, and the trends that we’re seeing here and in the US and the UK of lower standards of living.

“Trade is part of something bigger, which is inclusive growth.”

Ciobo said on Friday that, besides the TPP and the FTAAP, a third potential Asia-Pacific trade deal had great potential.

“I’m pursuing the Regional Comprehensive Economic Partnership, or what’s called RCEP, with a view to what’s going to be good for Australia,” he told ABC radio.

“It has the potential, given it’s more than 50% of the global population, more than 30% of global GDP ... that if we are able to successfully land it over the coming months and year or so ahead, would create terrific opportunities for Australian businesses to export through a common set of rules across the region.”

The RCEP agreement involves 16 countries, including China, but it excludes the US. The Chinese government has long seen RCEP as an alternative to the US-driven TPP.

Clare told Guardian Australia that the key to security and prosperity in the Asia Pacific was to have the US and China getting along. “A trade agreement that involves both of them is very important,” he said.

“When you’ve got trade agreements that exclude one of them, that creates the risk that the other feels contained or isolated or excluded. If they’re both in an agreement, at the core of it, it helps to further enmesh those two economies.”