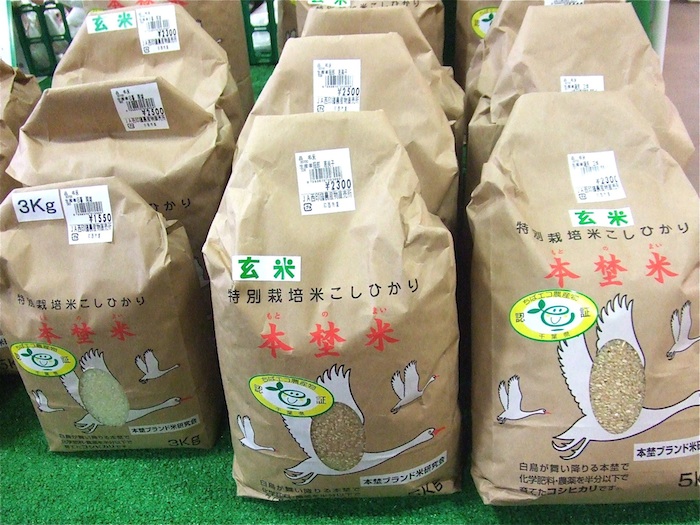 Massive trade deal could come down to two things: Rice and cars

Officials are working feverishly to unsnag a deal with Japan and 10 other Asia-Pacific countries.

Japanese Prime Minister Shinzo Abe will get the royal treatment this week during his U.S. visit: an arrival ceremony on the South Lawn; an Oval Office meeting and press conference with President Barack Obama; a State Department lunch with Vice President Joe Biden; and Secretary of State John Kerry and, last but not least, a state dinner with nearly 300 guests.

But behind the scenes, White House officials are working feverishly to unsnag a trade deal with Japan and 10 other Asia-Pacific countries that would be the largest such agreement in history. The two major hold-ups: rice and cars.

Washington wants Japan to raise the cap on the amount of rice the U.S. can sell to the country without tariffs, which can top 778 percent. Tokyo wants the U.S., long protective of its auto industry, to drop tariffs on cars, trucks and auto parts.

While Obama and Abe will discuss the agreement, they are not expected to reach a breakthrough on the outstanding issues; that’s the job of Obama’s top trade official, Michael Froman, and his Japanese counterpart, Akira Amari. But a Japanese official close to the negotiations told POLITICO the talks have progressed far enough that the two countries are likely to clinch a deal in the next few weeks, removing the biggest hurdle to inking the broader pact, which, in turn, could happen by late May.

The latest that both sides will try to conclude their talks is by the next Trans-Pacific Partnership ministers meeting, the Japanese embassy source said. Top trade officials could wrap up work on the massive Asia-Pacific trade agreement, which would cover an estimated 40 percent of global gross domestic product, at the end of next month in Singapore.

But the pact is riding largely on whether the U.S. and Japan can resolve their differences over agricultural and automobile import tariffs, which the two nations had hoped in recent months would be accomplished by the time Abe came to Washington. While the two leaders talk, U.S. and Japanese trade officials will also be meeting this week in the nation’s capital to try to hammer out details like how much U.S. rice Japan is willing to accept and a mechanism that would prevent a surge of Japanese autos into the U.S.

Rice and cars have always been a sticking point in U.S-Japanese trade relations: Japan is very protective of its home-grown rice industry, which is ingrained in the country’s culture, while the U.S. doesn’t want Toyota and Honda to undercut the iconic Ford and Chevy pickup truck industry.

Obama said Monday that both sides were getting closer to a deal, but he did not expect one to be announced while Abe is in town.

“Negotiations are tough on both sides because he’s got his own politics and interests,” Obama said in an interview with The Wall Street Journal. “I don’t expect that we will complete all negotiations,” but “I will say that the engagement has brought the parties much closer together.”

Obama again pressed the case for his trade agenda in the face of stiff opposition from fellow Democrats in Congress, warning that China will write the rules of trade in the region if the TPP talks fail.

“We will be shut out — American businesses and American agriculture. That will mean a loss of new jobs,” he told the newspaper.

A deal between the two countries could be hastened by the House and Senate markups last week of so-called fast-track trade legislation that would expedite Congress’ approval of the TPP and another huge pact Washington is negotiating with the European Union. The trade promotion authority bill would allow unamendable deals to be sent to lawmakers for an up-or-down vote, giving negotiating partners like Japan assurances that they can put their best offers on the table. Over the past several weeks, Abe’s visit was seen as a potential handshake moment in the trade talks.

“The fact that they couldn’t bring this together for the prime minister’s visit, I think it’s a missed opportunity,” Mireya Solis, senior fellow and Japan expert at the Brookings Institution, said, noting that the last time a Japanese leader visited Washington was nine years ago. “I was actually hoping they could at least announce they are very close to reaching a deal,” she added.

Whatever progress is made on trade this week, it may be overshadowed by security developments. Japan unveiled new defense cooperation guidelines this week that would give Tokyo a stronger hand over regional military affairs and deepen its strategic ties with the U.S.

Both issues could come up when Abe addresses a joint session of Congress and talks to business CEOs at the U.S. Chamber of Commerce on Wednesday.

“I think the expectation on our part is for the prime minister to really make the case why our relationship is so important in the Asia-Pacific region,” said Rep. Charles Boustany, a co-chair of the Japan Caucus and an outspoken supporter of the Asia-Pacific trade deal.

The House Ways and Means and Senate Finance Committees’ approval of fast-track legislation last week was important to showing other nations the U.S. is putting its full weight behind moving the trade agenda forward, the Louisiana Republican said.

Boustany said he hoped the visit would give Abe the opportunity to elevate the TPP to “a place that hopefully gives him the space to make the kind of decisions he needs to make.”

Right now, the agricultural talks are focused mainly on Japan’s rice market, which the White House is working to pry open by lowering import tariffs. Japanese officials are considering offering the U.S. more access through a quota that wouldn’t be subject to duties.

The U.S. dairy industry is also pushing for more access than Tokyo has been willing to provide.

“The Administration has made significant progress in dairy, but what Japan has done so far is not enough,” said Jaime Castaneda, senior vice president for strategic initiatives and trade policy at the National Milk Producers Federation.

“Our industry will be keeping a close watch on any growth limitation on any dairy product.”

The U.S. is also pushing Tokyo to address policies and regulations that U.S. automakers say keep them from selling cars in Japan.

Meanwhile, Japan has been pushing for the immediate elimination of a 2.5 percent tariff on auto parts and a reasonable phase-out period for duties on car and light truck imports.