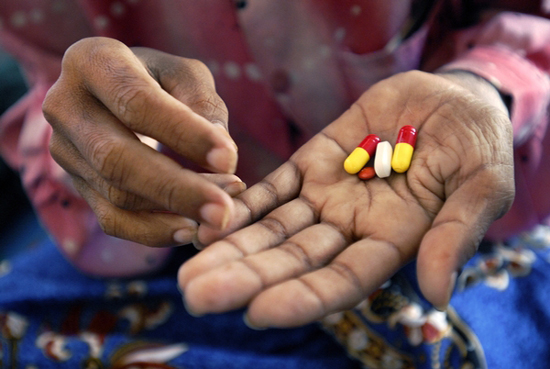 MSF response on RCEP negotiations in the Philippines

The Philippines is set to host the 18th round of the Regional Comprehensive Economic Partnership (RCEP) trade agreement’s negotiations in Manila this week. Negotiators from the ten members of the Association of Southeast Asian Nations (ASEAN) and six further countries – India, China, Japan, Australia, New Zealand and South Korea –will meet to hammer out this multilateral trade deal that covers nearly half of the global population.

Japan and South Korea are pushing for measures that go beyond what is required by the World Trade Organization’s Agreement on Trade-related Aspects of Intellectual Property (TRIPS), called ‘TRIPS-plus.’ This would mean extending drug corporations’ patent terms and entrenching new monopolies in the national drug regulatory system (‘data exclusivity’) in countries like India, leading to a delay in generic competition, which translates into high drug prices for people across the world. Further, the proposed investor-state dispute settlement (ISDS) provision in the leaked draft investment chapter and its intersection with other proposals on IP could potentially undermine governments’ capacity to implement and execute policies to protect public health and ensure universal healthcare, of which access to life-saving medicines is an essential component.

This round is also likely to see an increased focus by negotiators on intellectual property (IP) enforcement. The draft RCEP text on ‘IP enforcement’ omits several procedural guarantees, safeguards and protections available under WTO trade rules and are a blank cheque for abuse, with numerous provisions that will prevent the flow of generic medicines from producer to patient. As an important safeguard measure, MSF has appealed to negotiators to consider the deletion of patents and test data from the entire scope of the enforcement section.

“In the course of our medical work, we have seen the impact of IP barriers in the regulatory system blocking access to low cost generic medicines. Data exclusivity prevents manufacturers from registering more affordable generic formulations and in some cases, generic versions of drugs like those to treat hepatitis C have been pulled off the market, despite not being patented in a country.

As MSF, we are appealing to Japan and South Korea to withdraw their harmful proposals which will restrict people’s access to affordable generic medicines. The negotiators must protect public health safeguards that enable developing countries like India to keep supplying life-saving affordable medicines needed to treat millions of people worldwide.”

“Trade negotiators from RCEP countries will be thrashing out modalities of harmful investor-state provisions in the upcoming rounds of RCEP that will increase the risk of countries like India being sued by pharmaceutical corporations for millions of dollars in secret tribunals – outside of domestic courts.

Already, Swiss corporations like Novartis have threatened to sue Colombia using such measures to pressure the government to drop its health minister’s proposal to allow a supply of more affordable generic versions of a key leukemia drug – imatinib - into the country. We are worried that accepting retrograde provisions in this trade deal will have a chilling effect on the Indian government’s ability to use measures including the rejection of ever greening patent claims and price regulation to make treatment affordable for people who need it.”

In 2016, while the Government of Colombia was taking measures to address the exorbitant prices of cancer medicines in the country, Colombia considered issuing a compulsory license to open up generic competition on the chronic myeloid leukemia (CML) drug imatinib. In response, the Swiss-based pharmaceutical company Novartis threatened to sue Colombia’s government using the ISDS mechanism contained in the Colombia-Switzerland Bilateral Investment Treaty. Imatinib is patented and marketed by Novartis as Glivec or Gleevec in many countries and it is one of its multibillion-dollar products.