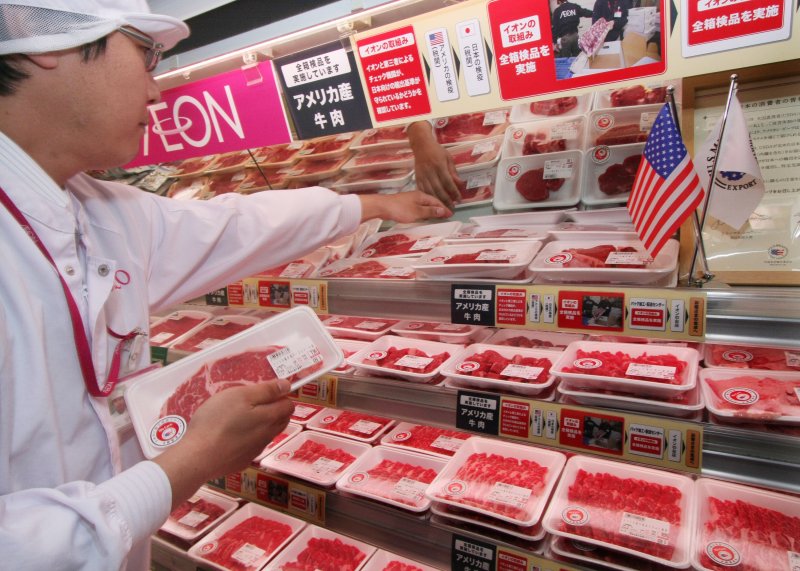 By Walter Sim TOKYO - A landmark 11-nation Pacific Rim trade deal entered into force on Sunday (Dec 30) after years of bumpy talks, bringing steep tariff cuts to the first six countries that ratified the pact, including Japan and Singapore.

Consumers will also stand to gain from the deal known as the Comprehensive and Progressive Agreement for Trans-Pacific Partnership (CPTPP). For example, Japanese retailer Aeon has already cut prices of Australian beef at its supermarkets.

Australia’s trade minister Simon Birmingham said: "The opportunities are vast, from more Victorian wine and cheese being enjoyed on the slopes of Whistler, Canada, to more New South Wales prime beef being served up in Japan’s world-class restaurants."

Singapore’s Trade and Industry Minister Chan Chun Sing wrote on Facebook that the Republic’s businesses can enjoy greater access to regional markets with the CPTPP entering into force.

"Besides complementing our extensive network of free trade agreements, the CPTPP also deepens regional economic integration, providing greater trade and investment opportunities in the region for Singapore businesses, including small and medium-sized enterprises," he said.

"We look forward to the swift ratification of the CPTPP by the remaining parties so that the full potential of the agreement can be realised."

The trade deal, which was led by Japan to fruition, retains all but 22 of the over 1,000 provisions in the original TPP that had to be renegotiated after the United States’ pullout in January last year (2017).

Its entry into force deals a strong blow to the tide of protectionism. The US Wheat Associates has expressed concern of an "imminent collapse" in the lucrative Japan market, with American exporters losing out to Australian competitors.

Japan, meanwhile, is trying to mitigate domestic concerns among its farmers of an influx of imported goods by offering them support to expand their businesses.

The 583-page trade deal document, covering such areas as market access for goods and services, trade liberalisation, e-commerce and state-owned enterprises, kicked in on Sunday for the six first-movers, which also include Australia, Canada, Mexico and New Zealand.

Vietnam will officially enter the pact on Jan 14, while Brunei, Chile, Malaysia and Peru will only come on board 60 days after they complete their domestic ratification procedures.

With the CPTPP, tariffs were slashed to zero overnight for some products, while for others they will be gradually reduced over a period of up to 20 years.

With tariff reduction commitments mostly tied to the calendar year, a second round of tariff cuts will kick in on Tuesday (Jan 1) for goods from all countries save for Japan, where they will take effect on April 1.

Chief economist Toshiki Takahashi of the Institute for International Trade and Investment told the Nikkei business daily that tariffs on Japanese exports to eligible CPTPP countries will decrease by an estimated US$2 billion (S$2.74 billion) in the first year alone.

The trade deal, informally referred to as the TPP-11, covers 13.2 per cent of the global economy, 15 per cent of global trade and a market of 500 million people.

Japanese economic revitalisation minister Toshimitsu Motegi told the Nikkei: "Japan’s role in the global free trade system has changed from that of a participant to a leader in building 21st century common trade rules, as well as a coordinator and standard flag-bearer of the entire system."

Japan and the European Union (EU) have also entered an economic partnership agreement that will take effect on February 1.

It is billed as the world’s largest trade deal, and accounts for about a third of the global economy and covers more than 630 million people.

Japan has also been a key champion for the 16-nation Regional Comprehensive Economic Partnership (RCEP), an Asean-led deal that also ropes in Australia, China, India, New Zealand and South Korea, for which it is hoped that a substantial conclusion can be reached next year.

Mr Motegi said it will be difficult for the US to return to the TPP at once.

But Japan will approach its upcoming trade negotiations with the US for a bilateral trade agreement on goods with an eye on eventually bringing Washington back into the fold of the TPP, he said.

CPTPP ministers will meet in Tokyo on Jan 19 to discuss expanding its membership, with Colombia, Indonesia, South Korea, Thailand and the United Kingdom among the countries that are said to be keen on entering the deal.