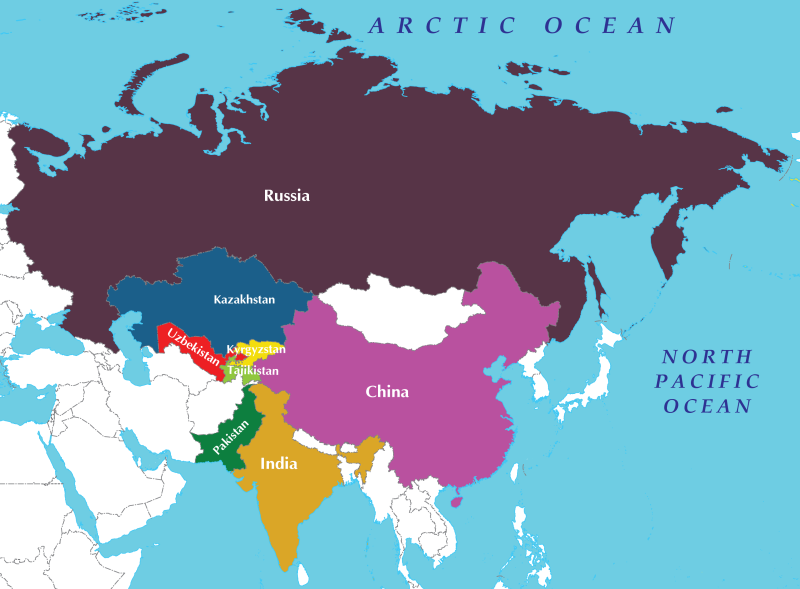 SCO 2019: Opportunities and challenges for India

Kyrgyzstan President Sooronbay Jeenbekov’s presence in New Delhi at the swearing-in ceremony on 30 May, comes just a fortnight before Prime Minister Narendra Modi travels to Bishkek for the annual Shanghai Cooperation Organisation (SCO) summit from 13-14 June. Given that the swearing-in would be one of the first foreign policy engagements of the new government, the invite to the current chair of SCO has signalled India’s desire to increase its engagement with the organisation.

Reportage on the forthcoming summit is dominated by speculation about a possible India-Pakistan meeting on the sidelines. This will be the first time where PM Modi and PM Imran Khan will be on the same stage; with the last bilateral meeting having taken place in July 2015 in Ufa, Russia — which had incidentally also taken place on the sidelines of the SCO summit. In 2017, the year India and Pakistan became full members of the SCO, there was an exchange of pleasantries between the leaders of two countries, but no formal meeting was held.

Even at the SCO Council of Foreign Ministers meeting on 21-22 May, Indian External Affairs Minister Sushma Swaraj only exchanged pleasantries with her Pakistani counterpart Shah Mehmood Qureshi. This was keeping in line with the government’s decision of not holding talks with Islamabad until it stops extending support to cross-border terrorism.

The summit is set to consider a wide-ranging multilateral agenda under the Bishkek declaration as agreed upon by the foreign ministers during their meeting in May 2019. According to the details available, the declaration will seek to increase regional cooperation among SCO countries. Also, the ministers agreed to increase cooperation between SCO and other multilateral organisations besides agreeing to focus on illegal drug trafficking, cooperation in information technology, environment, healthcare and sports.

SCO’s Regional Anti-Terrorist Structure (RATS) also finds a special mention where the foreign ministers discussed ways to strengthen the fight against terrorism, extremism, drug trafficking and organised crime among others. Despite concerns over intelligence sharing with a country New Delhi believes to be a sponsor of terrorism, India did participate in SCO’s counter-terror military exercise in 2018 which included troops from Pakistan.

The ministers also noted the need to increase economic cooperation among SCO member states. Efforts in the past have not been very successful. The Chinese proposals for an SCO Development Bank and a Free Trade Area (FTA) put forth in 2010 were not received enthusiastically by the members. In the Qingdao summit in 2018, President Xi Jinping again called for the need to begin feasibility studies on the FTA and discussions for setting up the development bank — revealing the lack of progress on these issues. Even the Program of Multilateral Trade and Economic Cooperation, launched in 2004, has not seen much success. Meanwhile, Russia, Kazakhstan, Belarus, Armenia, and Kyrgyzstan formed the Eurasian Economic Union (EAEU). The EAEU has signed with China a trade and economic cooperation agreement that is non-preferential in nature, while also agreeing to connect BRI with the EAEU. India is also holding talks with EAEU about an FTA.

PM Modi at the SCO in 2018 reiterated the importance of economic development and connectivity. However, there are differences on the idea of connectivity being put forth by different SCO members. In the foreign ministers meeting, EAM Swaraj noted India’s efforts in the area, highlighting the International North-South Transport Corridor (INSTC), the Ashgabat Agreement, the Chabahar port and India-Myanmar-Thailand highway. On the other hand, the Pakistani foreign minister focused on CPEC and its role in the region. While India has made its opposition to BRI clear, all other SCO members have embraced the Chinese project.

Afghanistan also figured prominently in the discussions of foreign ministers. They noted the importance of forums like SCO-Afghanistan Contact Group and the Moscow format in the efforts to stabilise Afghanistan. The summit meeting in June will consider a roadmap for work of the contact group as well. India is a significant donor to Afghanistan and for the first time attended a meeting in a ‘non-official capacity’ on Afghanistan in Moscow (2018) that had representatives from Taliban.

SCO is also a potential platform to advance India’s Connect Central Asia policy. PM Modi will combine a bilateral visit to Kyrgyzstan along with the SCO summit apart from meeting other Central Asian leaders on the side-lines of the summit.

In January, India proposed setting up of the ‘India-Central Asia Development Group’ during the meeting of the India–Central Asia Dialogue, which for the first time saw attendance by foreign ministers of all the five Central Asian states alongside the Indian EAM; in addition to participation of Afghanistan. This enhanced engagement can be furthered at ministerial level SCO meetings. For instance, the Indian defence and foreign ministers met their counterparts from some SCO member states at the Defence Ministers Conclave and Council of Foreign Ministers meeting in 2019. It is also an important base for regular interactions with Russia and China, both at the head of state and ministerial level.

Another challenge India faces is the growing closeness of Russia and China, even as India has promoted better relations with the US. One of the major factors for Russia pushing India’s inclusion into the SCO was to balance China’s power but the post-2014 realities have altered some of those geopolitical equations.

India can seek to capitalise on Russian concerns about China exercising disproportionate influence in Central Asia. Interestingly, a report in Russia’s Kommersant newspaper suggests that the Central Asian states are also keen for India to play a bigger role in the region. But in order to succeed, India would first have to improve its own standing in the region.

For instance, India’s bilateral trade with Central Asia stands at about $2 billion and with Russia about $10 billion in 2017. In contrast, China’s trade with Russia has crossed $100 billion in 2018 while the bilateral figures for Central Asia stands at over $50 billion. The lack of connectivity has also hampered development of energy ties between the hydrocarbon-rich region and India.

If India is not able to exploit the economic potential of the region, its inclusion into an organisation that covers 42 per cent of the world population and 20 per cent of the GDP will be a missed opportunity. The opening of Chabahar port and entry into Ashgabat agreement should be utilized for a stronger presence in Eurasia besides a clear focus on operationalising INSTC.

There are some concerns that attempts may be made to push for bilateral talks to sort out differences between India and Pakistan by other powers. India has steadfastly held that all issues with Pakistan should be resolved bilaterally. In this regard, the SCO Secretary General Vladimir Norov has made it clear that as per legal framework of the organisation, no bilateral issues can be discussed — an argument India can use to thwart discussion of its dispute with Pakistan.

Whether the SCO grows into a successful regional forum depends on its ability to overcome bilateral differences between its members and their respective geopolitical calculations. The proliferation of other regional undertakings — EAEU, BRI, Greater Eurasian Partnership, CSTO, CICA — will also pose a challenge for SCO. In this situation, India will have to clearly identify and promote its interests to enhance its presence in the Eurasian region.

The author is a PhD scholar at the School of International Studies, Jawaharlal Nehru University.