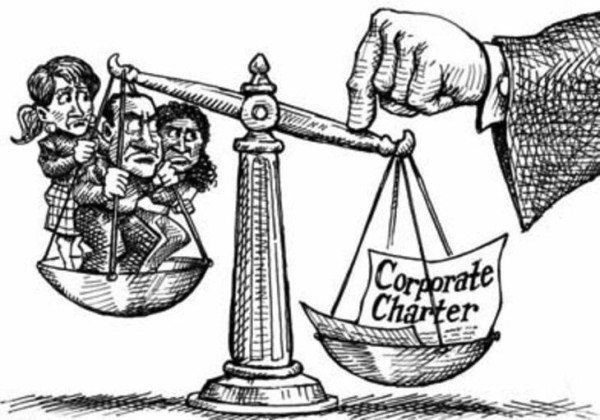 We are writing to draw your attention to the upcoming plenary vote on the EU-Singapore investment deal (EUSIPA), on 12th February.

We, urge you to not ratify EUSIPA. Before you cast your vote, we kindly ask you to consider the following issues and questions:

EUSIPA, despite some minor changes, maintains old-style investment protection standards and the Investor Court System (ICS) which is a form of investor-to-state dispute settlement (ISDS). Despite being billed as a progressive reform to ISDS, the truth is that ICS fails to address the key flaws of the ISDS system including:

EUSIPA does not preserve your right to regulate. Investment protection agreements can outweigh the EU’s international obligations arising from environmental, social and human rights agreements. There is thus no guarantee that the Paris Agreement on climate change will take precedence over EUSIPA. This treaty grants wide privileges to investors and grants them the right to challenge laws and court decisions designed to protect our health and to protect us from climate change.

EUSIPA entrenches the worst elements of existing flawed bilateral agreements. Singapore’s old generation bilateral investment treaties (BITs) in force with 13 European Union Member States (of which 12 include ISDS) are problematic. However, replacing the current BITs with a treaty that effectively expands the scope of the worst elements of these treaties from 12 to 27 Member States is not an improvement. Instead, this new treaty locks all member states into these deeply flawed arrangements . Today, governments are have the right to terminate at least seven of the 12 treaties at any time (and the right to terminate the remaining BITs in the coming years). If EUSIPA passes, it will be almost impossible to terminate it as it involves the whole EU.

ISDS is a failed and dying system. A vote for EUSIPA means backing a system that has failed to serve its proposed purpose – attracting foreign direct investment – and has damaged governments’ capacity to regulate in the public interest. Governments around the world – including South Africa, Indonesia, Tanzania and even the US – are withdrawing support from the system. We in Europe should do the same.

EUSIPA is a step back from CETA as it contains an umbrella clause, which will enable investors to challenge decisions made by a town or a city in international arbitration. Umbrella clauses effectively elevate private commercial contracts to the status of international law. Considering the costs of ICS, there is a significant risk of regulatory chill at local and regional levels.

Promoting investment should be about quality as well as quantity. International investment could contribute to the estimated USD 3.9 trillion needed each year to achieve the Sustainable Development Goals (SDGs). But governments need to be able to regulate private sector resources to ensure that investment flows into locations and activities that advance the SDGs. EUSIPA undermines the capacity of governments to regulate investment in a way that generates positive effects such as decent jobs, tax generation, or technology transfer.

ISDS has been rejected by the public. In a context where far-right authoritarianism is gaining ground, it is time for you to show your electorate that you listen to over 300,000 people from across Europe who have signed a petition to demand an end to ISDS is all its forms: including the ICS and the Multilateral Investment Court. By demanding a real change to the current flawed and illegitimate investment regime, this is a great opportunity for you to show European citizens that its representatives do listen to their voices.

Multinationals need rules not unfair privileges. In our hyperglobalised world, an increasingly concentrated group of corporations dominates global markets. They get special rights to sue governments but have no international obligation to refrain from human rights abuses. Over the past decades, the extent of corporate power has become overwhelming. There is an urgent need to limit the power of corporations and enhance investors’ accountability. In this context, it is clear that global corporations do not need special rights and a separate ISDS/ICS court system. Instead, we need MEPs to support a strong UN Binding Treaty on multinational corporations and human rights. This will give people an international guarantee that corporations will be held to account.

We remain at your disposal may you want to receive further information and further research from us,