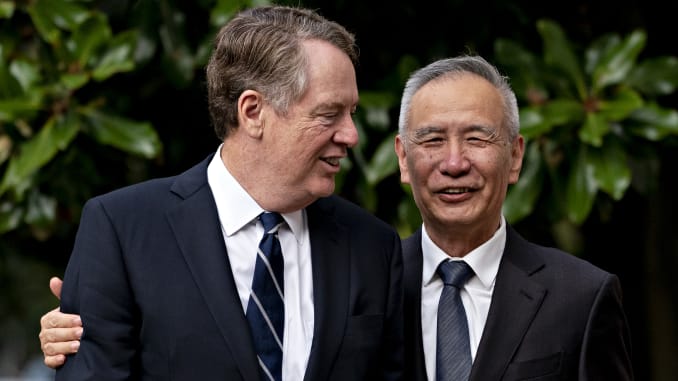 The second phase of the US-China Trade Agreement is coming into focus after the agreement on the Phase One deal was reached this weekend. That agreement, which we covered in some detail and focused on China lessons learned, was outlined in our previous article US-China Trade War Reaches Truce, China Market Lessons to be Learned.

As most readers will know by now, in the Phase One agreement, the US agreed to a rollback of half the tariffs imposed on US$350 billion of Chinese imports, while the Chinese made commitments to buy US$200 billion of US agricultural products over the next two years, among other as yet unannounced concessions.

The Phase One Agreement is expected to be signed off by both parties during the first week of January.

The Phase Two Agreement, however, is to be digitally focused.

Senior US administration officials have stated that various issues ranging from digital trade to cross border data sharing and cyber intrusions will be addressed by the “phase two” negotiations between the two countries. “There are a number of issues that we could address moving forward. We have mentioned the localization of cross border data transfer. There are issues related to subsidies and some disciplines that could be likely areas that we would want to address – and cyber intrusions as well.”

Phase Two can also be expected to deal with US concerns that China effectively steals US intellectual property by forcing US companies to transfer their technology to Chinese rivals. This is especially an issue with Sino-Foreign Joint Ventures in strategic and foreign-investment restricted industries in China.

However, the US-China Business Council President, Ambassador Craig Allen, in comments made to Fox News stated that he felt the Chinese would be changing aspects of their attitude towards IP with particular benefit to the US pharmaceutical and software industries, even suggesting that China might “change its laws” to accommodate this.

That could involve increasing punishments for patent infringements, as well as raising the threshold for US companies to obtain revenues from royalties – an issue that could mean introducing a US-China bilateral trade agreement (BIT) to cover this area.

BIT commonly deals with the tax aspects of bilateral services trade between countries, and the US and China do not have such an agreement in place. Royalties – as payable for the use of trademarks and patents – are typically catered for in such documents, and part of the US business community’s problem in China has been the absence of such a deal. A US-China BIT can be expected to be part of, or at least catered for in Phase Two of the US-China Trade Agreement.

These negotiations are therefore expected to be tougher than the basic commodity and product-based agreements made in Phase One. Phase Two will handle issues such as IT, AI, and other emerging and hi-tech areas, in addition to cyber security. China will want access to US innovation and technologies, the US will be keen to lock this down.

That sets the stage for protracted negotiations and is also likely to be a pointer as to China’s own development strategies over the next decade. The US wishes to keep an upper hand over China in the development of new technologies, and it would appear the Phase Two agreement will cover much, if not all of how these two countries are going to position themselves in future – as collaborators, or as competitors.

The upcoming Phase Two agreement then can be expected to take time and will be bumpy. The issue of the US-China BIT then will become a focal point.

US Treasury Secretary Steven Mnuchin has already said “Phase Two may be 2a, 2b, 2c, we’ll see.” However, US President Donald Trump said that the US would begin negotiations on the next phase of the trade deal – “Immediately, rather than waiting until after the 2020 Election.”