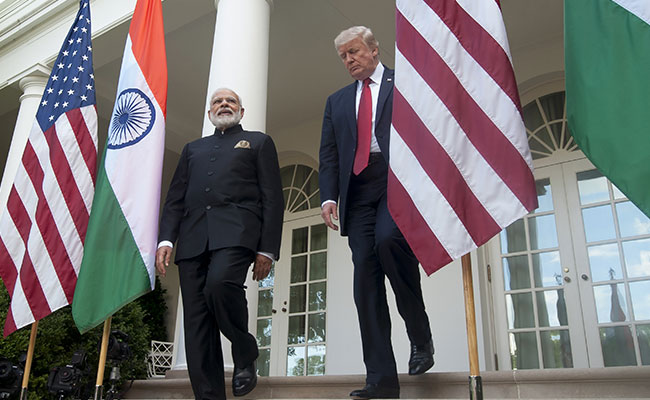 To counter China’s BRI, India joins US, Japan to boost connectivity in Indo-Pacific

India has joined hands with Japan and United States to build infrastructure for promoting connectivity in Indo-Pacific region, ostensibly to counter the Belt and Road initiative of China.

Senior diplomats of India, US and Japan had a trilateral meeting in New Delhi on Wednesday. They discussed the outcomes of a recent meeting of the Trilateral Infrastructure Working Group a significant, but hitherto little-known initiative by the three nations, which is apparently aimed at providing an alternative to the BRI of China in Indo-Pacific region.

The new initiative is being seen as a move by New Delhi, Washington and Tokyo to counter Beijing’s bid to expand its geopolitical influence in Indo-Pacific, particularly through its ambitious cross-continental connectivity initiative. The senior diplomats discussed "regional and global issues of mutual interest".

All for free region

"All sides agreed to remain engaged and strengthen cooperation in support of a free, open, prosperous, peaceful and inclusive Indo-Pacific region through partnership with countries in the region," the release stated.

In accordance with the directions received from them, the officials on Wednesday explored "practical steps to enhance cooperation in the areas of connectivity and infrastructure development; counter-proliferation; counter-terrorism; maritime security, maritime domain awareness and humanitarian assistance and disaster relief.

India, US and Japan had also roped in Australia to launch a quad in November 2017 in yet another move against the hegemonic aspirations of China.