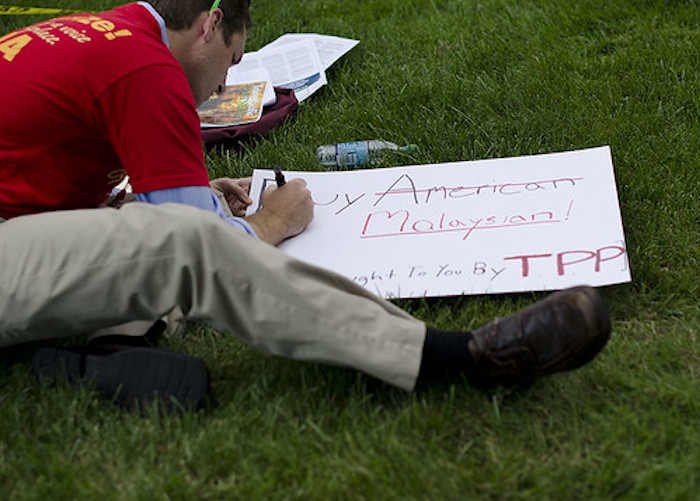 Trade agreements are a powerful piece in the geopolitical chess game

Trade agreements can be as powerful as military force for achieving a country’s strategic objectives. An example of this was a trade agreement orchestrated by the United States in 2016 that Secretary of Defense Ash Carter said was “as important to me as another aircraft carrier.” He did not have to add that the agreement would help check an aggressive China.

An early example of the United States’ ability to counter its adversaries through trade agreements came just after World War II when a devastated Europe was struggling with poverty, unemployment and a collapsed infrastructure — conditions ripe for Communist intrusion. Secretary of State George Marshall devised a plan to reverse European fortunes with a favorable trade agreement and other aid. The Marshall Plan helped Europe recover and prosper, fending off a Communist takeover. Marshall was awarded the Nobel Peace Prize, and the United States gained a loyal alliance with Europe that has lasted more than seven decades.

A few years later, when U.S. troops were embroiled in the Korean conflict, China came to the aid of North Korea. The U.S. used a trade embargo as an economic weapon against China, blocking the flow of essential goods to Chinese military forces. Trade sanctions would become a standard tactic for punishing rogue countries such as Russia for invading Afghanistan, Crimea and Ukraine, and North Korea and Iran for developing nuclear weapons.

Historically, countries have been willing to strike trade agreements that might be contrary to their economic interests in order to achieve long-term geopolitical benefits. In 1957, the U.S. was a major cheerleader for the formation of a new trade bloc, the European Economic Community, even though the U.S. would be at a disadvantage when trading with it. Our government saw this as a small price to pay in order to achieve two strategic objectives.

First, the European trading bloc would help ensure that conflict did not break out once again between Germany and Italy and its European neighbors. Second, a united Europe would serve as a muscular bulwark against Communist encroachment.

In the mid-1970s, the U.S. used trade as a bargaining chip for humanitarian purposes. The Soviet Union had instituted an exorbitant “education tax” on its citizens who applied to leave the country. The U.S. said it would not extend the benefits of “most favored nation” trade with nations that denied their citizens the right to immigrate or imposed significant penalties on immigration. Barriers to immigration were removed.

In 1992, President George H.W. Bush signed the North American Free Trade Agreement with Canada and Mexico to help American business become more profitable. After the agreement was approved by Congress, President Bill Clinton signed it into law for another reason. Clinton supported the bill because he believed it would make Mexico a more stable economy, thereby creating a more secure southern border for the U.S. Some critics feared the agreement would cause huge U.S. job losses; others predicted large economic gains for our country. According to the non-partisan Congressional Research Service: “The net overall effect of NAFTA on the U.S. economy appears to have been relatively modest…” Some American union leaders were bitterly disappointed in the agreement because they thought it would cost manufacturing jobs. Clinton, however, was prepared to take the heat to achieve greater U.S. security.

In 2016, when Defense Secretary Carter said that a trade agreement was “as important to me as an aircraft carrier,” he was referring to the Trans-Pacific Partnership trade agreement that the U.S. signed with 11 other countries. It was the world’s largest free trade deal ever, representing 40 percent of the global economy. But it was more than a trade deal. It was a framework for a geopolitical alliance that could blunt Beijing’s economic influence as well as build a coalition that would oppose China’s attempts to extend its territorial authority in the South China Sea and beyond.

When President Barack Obama first proposed the TPP agreement, the U.S. was still recovering from the Great Recession and he saw it as a less expensive and sustainable alternative to U.S. military expansion in the region. It still is. Unfortunately, President Donald Trump withdrew from the agreement shortly after his inauguration, so it will be up to a new administration to rebuild our economic ties in the region. Our former partners in the TPP have indicated they would welcome our return to some form of it. All that is needed is the election of a skillful geopolitical chess player.