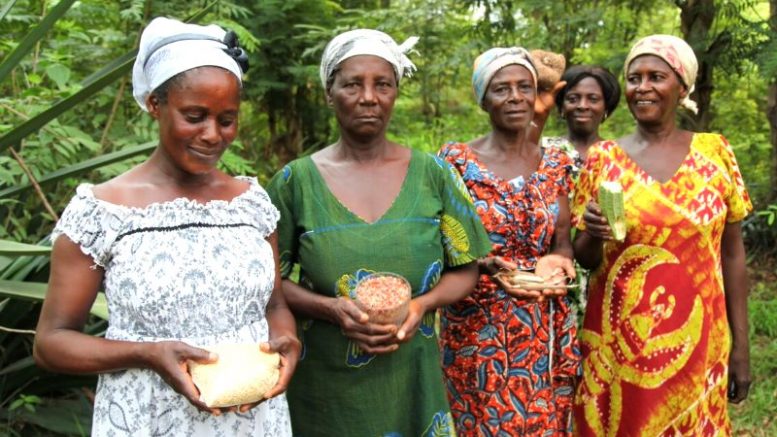 The autonomy of African states on seed policy is limited by trade deals, such as free trade agreements or investment treaties, signed by States. Certainly, in principle, each country has sovereignty to sign or not sign these agreements. But they are very often forced to conclude them for financial, geopolitical, security or other reasons. GRAIN published a baseline study of these agreements, either signed or in the process of being negotiated, in June 2016 (see “Trade agreements that privatise biodiversity outside the WTO, Annex 1”). Today, what is the situation?

Free trade agreements represent a powerful source of pressure to privatise seeds and people’s knowledge connected to seeds. While farmers’ organisations and civil society groups may consider seeds as a “commons” or a “common heritage of communities at the service of humanity”, multinational corporations in the seed sector have a different view of things. In 1995, the World Trade Organisation (WTO) was created to implement a system of specific rules for international trade. These rules include intellectual property, and rich countries use them to extend “their” patent laws and plant breeders’ rights system to other continents. Thus, the WTO requires all its members to grant patents on all types of inventions with only a handful of exceptions, including plants and animals. Plant “varieties”, however, must be made subject to some form of patent-like rights.

In this way, the WTO has opened the door to the privatisation of seeds. If these rules are not followed, one runs the risk of being sanctioned by other member countries for millions of dollars. But the WTO agreement is ambiguous. How to “protect” plant varieties is not precisely defined. For that reason, rich countries have started to impose their own norms through free trade agreements negotiated outside of the WTO.

We will review these pressures that weigh on Africa and that may divert any attempt to implement rules that are more respectful of the rights of farmers.

In 2000, the US government adopted the African Growth and Opportunity Act (AGOA). The AGOA is a policy in which Washington offers important trade advantages – a reduction in tariffs on imports to the United States – to eligible African countries.[1] These advantages are much appreciated by the exporters of certain products, such as cotton. The snag? Certain criteria must be observed. Among these criteria is the incentive to exceed the WTO standards on intellectual property. That means that the US can at any time limit the trade advantages of its African partners depending on whether or not they respect seed patenting.

Bilateral Investment Treaties (BIT) are agreements between states that establish rights and privileges which the investors of one state may have in another state. There are more than 3500 of these in effect today. In most of them, patents and plant variety protection are explicitly identified as investments that must be protected. That means that any violation of rights held by seed corporations which invest abroad under these agreements is enforceable – whether the countries where they operate have applicable laws or not. In Africa, for instance, Israel formulated its BIT with Ethiopia to assert Israeli plant breeders’ rights in Ethiopia even though the Ethiopian government did not have a plant variety protection law.

The economic relations between the European Union and former colonies in Africa, the Caribbean and the Pacific (ACP) are governed by framework agreements that are negotiated every 20 years. The Cotonou Agreement, so named because it was signed in Benin, is the most recent of these agreements. In effect as of 2000, it stipulates that the ACP countries and Brussels must negotiate Economic Partner Agreements (EPA) as free trade agreements to replace the preferential agreements that they had up to then, under the pretext that the WTO required it.[2] In 2018, the ACP states will begin negotiating an agreement that will replace the Cotonou Agreement as of 2020. They have announced their determination to return to a system of preferential trade. That is a good start, but what will happen to the EPAs that are soon going to add a chapter on intellectual property rights, including on seeds?

When the EU begins negotiating EPAs with Africa, it required, among other things, that African governments adopt laws that conform to the norms established by the Union for the Protection of New Plant Varieties (UPOV) and that they become UPOV members.[3] The UPOV system is very close to patenting and completed oriented towards the needs of industrial agriculture. This requirement was then dropped, along with the entire chapter on intellectual property. In its place is a clause that says that five years following the signing of the agreement, the signatory countries will meet again to conclude a chapter on intellectual property. So, if one looks at the EPA signed with the Caribbean countries, which is the only complete EPA thus far, it is clear that the requirement to align with the UPOV will reappear. Little by little, the African governments are in the process of bending to this request.[4]

One of the dreams of African leaders is to achieve regional integration in Africa. That means, first, that the sub-regions, including West Africa, come to a degree of cooperation and harmonisation of policies that concretely benefit their populations. Second, that would be translated through continental integration. Trade agreements are a part of these processes. In 2016, a tripartite free trade agreement was signed between three sub-regional blocs: SADC in Southern Africa, EAC in East Africa and COMESA in Southeast Africa. For the moment, this harmonised market between the three blocs only concerns the movement of goods, but it is going to extend to the services market and trade-related policies. In other words, the risk that this agreement, once it is ratified by the 26 states, will harmonise rules on intellectual property is real, all the more so since SADC and COMESA have just adopted their own protocols on seed privatisation.[5]

Up until now, all these projects concerning integration and standardisation have been led from the top down, by the elites in power, be it States, organisations such as the African Union, expert committees, investors, funders, etc. The risk, then, that the newer agreements will serve as a trampoline for large seed companies — of which three alone control 60% of the world market — to gain ownership and control of the seed supply in Africa is enormous. These companies are looking for nothing other than to replace African farmers’ seeds with their own commercial varieties.

It is absolutely essential that these top-down processes to rewrite rules around seeds be changed to truly participatory processes led from bottom up to benefit communities whose social and environmental rights have been harmed for too long now by multinationals and their allies under the pretext of “bringing development” to Africans.

[2] The preferential agreements lower import duties for certain products coming from certain countries, whereas the free trade agreements open markets much more and in a reciprocal way. In fact, the WTO allows exceptions to its general free trade system. But Brussels wanted to move forward on a programme of trade liberalisation and investment in favor of European companies. See “FTAs and agriculture”, Nyeleni Bulletin, March 2017: https://nyeleni.org/spip.php?page=NWrub.en&id_rubrique=180

[6] The harmonisation of standards is the principal objective of the agency. See its statutes: http://austrc.org/docs/paipo/PAIPO%20Statute-E.pdf