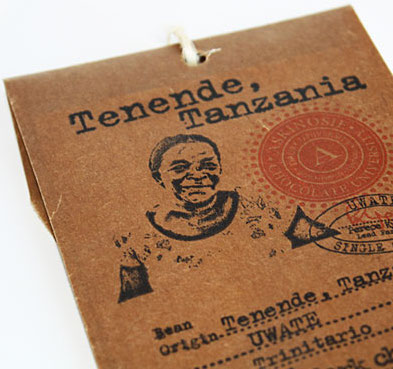 US moves toward greater trade with Africa

Pact with Burundi, Kenya, Rwanda, Tanzania and Uganda seen as a stepping stone

The U.S. completed a deal that commits five African countries to reducing trade barriers in a plan that also provides them with technical assistance to export mostly African agricultural products to American consumers.

Private-sector analysts said they view Thursday’s deal as a major step toward a full free-trade agreement on a continent where the U.S. has no such accords. The countries in the East African Community trading bloc—Burundi, Kenya, Rwanda, Tanzania and Uganda—have been strategic partners with the U.S. in a bilateral trade initiative since 2013.

Trade in goods among the five bloc countries and the U.S. totaled $2.8 billion in 2014, according to the Office of the U.S. Trade Representative. Exports from the bloc to the U.S. have primarily consisted of apparel, while the top U.S. exports to the bloc include aircraft and heavy machinery. U.S. imports from the bloc totaled $743 million in 2014, while U.S. exports to the countries amounted to $2 billion.

The U.S. is playing catch up to China, which surpassed the U.S. as Africa’s largest trading partner in 2009, and the European Union, which has already signed free-trade agreements with 33 African countries in which European goods receive preferential treatment even ahead of African exporters—a move some critics say undermines intra-African trade.

At the deal-signing ceremony in Washington on Thursday morning, U.S. Trade Representative Michael Froman called the agreement “an important steppingstone for deepening what has already proven itself to be a promising and impactful partnership.”

The EAC countries have already implemented numerous changes, such as removing checkpoints to reduce the transit time to Kigali, Rwanda, from the port city of Mombasa, Kenya, to six days from 21.

Mr. Froman said the trade initiative would be expanded to include other African nations.

The U.S. has an existing trade framework with the continent but the African Growth and Opportunity Act, which gives 40 African countries tariff-free access to the U.S. market, is set to expire in September and was chiefly created to boost development in Africa.

The new agreement commits stakeholder countries to implement customs overhauls like those laid out by the World Trade Organization Trade Facilitation Agreement.

Under the deal, the U.S. will also help the trade bloc meet the technical and sanitary standards for food exports to the U.S.

Paul Ryberg, president of the African Coalition for Trade, an association of African private-sector groups trading with the U.S., said he considers the deal a building block toward a free-trade agreement between the U.S. and the EAC.

African exporters say the goal is a free-trade pact with the U.S. that would eliminate barriers to trade for African and U.S. exports.

“It’s opened the U.S. market for more African products,” said Ambassador Tuvako Nathaniel Manongi from the permanent mission from Tanzania to the United Nations. “ I have seen chocolates from Tanzania in Whole Foods,” he said, adding it was enabled by Trade Africa—the initial agreement between the U.S. and the EAC.

Total trade in goods has grown 103% in the past five years, 52% in 2014 alone, according to the Office of the U.S. Trade Representative.

Danielle Walker, director for African affairs at the U.S. Chamber of Commerce, said she thinks the deal sends a strong signal.

“The East African Community has really embraced free trade and they are reaping the benefits, ” she said.