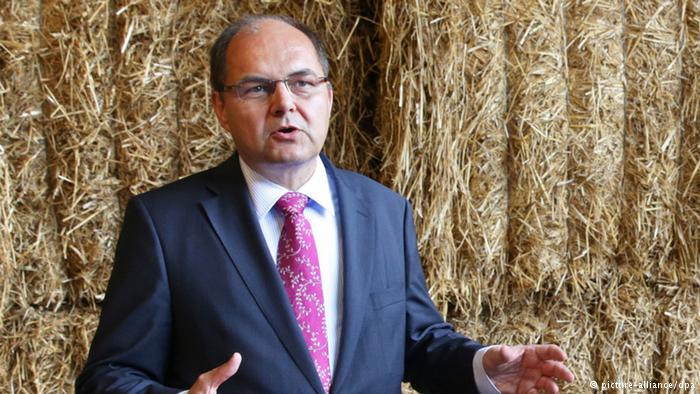 "If we want to take the chance to make the most of free trading with the huge American market, we can’t protect every sausage and cheese as a specialty anymore," said Schmidt.

Germany’s Minister of Agriculture, Christian Schmidt, says some German specialties may be stripped of their regional protection due to a free-trade deal with the US. Schmidt claims the EU rules are "very bureaucratic."

Speaking with the German weekly news magazine, Spiegel, Schmidt said that German specialties could lose their European Union (EU) privileges as a result of the proposed EU-American Transatlantic Trade and Investment Partnership (TTIP), which plans to enable free trade between the EU and America.

"If we want to take the chance to make the most of free trading with the huge American market, we can’t protect every sausage and cheese as a specialty anymore," said Schmidt, who belongs to the CSU, the Bavarian sister party of Chancellor Merkel’s CDU.

"The EU also protects specialties whose raw materials are no longer produced in their home regions," he criticized.

"It would be difficult to explain to our American trading partners that they can’t export any Tyrolean ham or Dutch Gouda to us if we do not consistently enforce the protection," Schmidt added.

There are currently three schemes in place within the EU which "promote and protect names of quality agricultural products and foodstuffs."

In theory, the specialties granted protected status by the EU can only be named by their protected title if, for example, they have been made in a specific geographical location, or by using traditional methods. Among the hundreds of products listed by the schemes are Champagne from France, Yorkshire Wensleydale cheese from northern England and the Nürnberger Bratwurst sausage from the southwestern German city of Nuremberg.

Concerns have already been raised in Germany over the TTIP deal, amid fears that EU standards could slip as a result of American imports such as genetically modified food. During negotiations, however, US officials have shown, for the first time, that they may be open to labeling genetically modified produce.