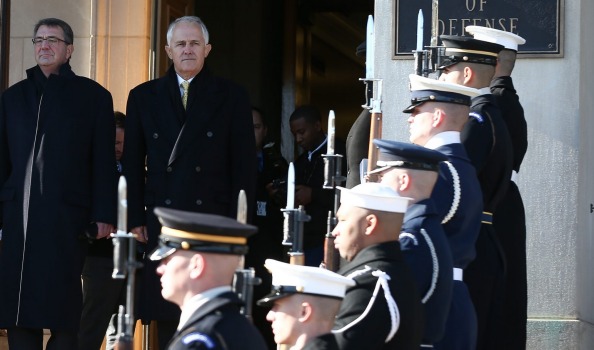 White paper not real on rules

Australia’s advocacy for a rules-based order jars with the country’s continued reliance on the US. Benjamin Zala takes a look at the Foreign Policy White Paper.

After England’s batting score in the opening day at the GABBA, the second most important number for me on Thursday was how many times the ‘rules-based order’ would be mentioned in the new Foreign Policy White Paper. The authors of the Defence White Paper released last year were so enamoured with the phrase it appeared 56 times. The authors of the Foreign Policy White Paper clearly decided to ease up a little and it only gets a look in 15 times.

The problem with this is that the challenge, according to the paper, appears to be essentially two-fold. On the one hand, China is moving from the ranks of a ‘rising’ to a ‘risen’ power that is looking for its economic and military prowess to be recognised in status terms. On the other, a wave of anti-globalist protectionism threatens to overturn the open, free trade-based system, with the United States leading the charge.

One might reasonably conclude therefore that encouraging the United States to concede its complete military dominance (but not presence) would be the logical way to address the first challenge. Decreasing Australia’s reliance on the United States (but not abandoning it) while it champions an anti rules-based approach to its foreign policy would then be the sensible response to the second.

Instead, the White Paper concludes that the best option for Australia is to “broaden and deepen” its already extremely broad and deep alliance with the United States.

The fundamental problem that sits at the heart of the Foreign Policy White Paper is that it conflates US power with a rules-based order. It talks up the Trans-Pacific Partnership (TPP) and Regional Comprehensive Economic Partnership (RCEP), yet the United States withdrew from the TPP while China champions RCEP. It talks up the Paris Agreement yet, again, the US has withdrawn while China remains committed.

The White Paper gives one single concrete example of what it calls ‘the rules-based order in action’ when pointing out that Australia and Timor-Leste are resolving their maritime dispute under the auspices of the UN Convention on the Law of the Sea (UNCLOS). This is deliberate as the unspoken charge is that China is playing fast and loose with its interpretation of UNCLOS in its activities in the South China Sea (which it is).

Yet the United States is not even a party to UNCLOS. Instead, Washington claims that it acts within ‘the spirit’ of the agreement – a clearly ridiculous position. If states only need to respect ‘the spirit’ of a treaty why ever sign and ratify any of them ever again?

So while the authors of the White Paper are convinced that Washington supports the undefined rules-based order that Canberra so relies upon – even at one point, quite bizarrely, reminding Washington that it is in its own interests to do so – and that the problem is China, the real world simply does not bear this out.

The Prime Minister’s introduction to the White Paper rightly argues that “More than ever, Australia must be sovereign, not reliant” if it wants to save its beloved rules-based order. But broadening and deepening an alliance with a state that openly rejects rules, so as to stare-down a challenge from a state that (at least rhetorically) supports those rules, is a very strange way of doing so.