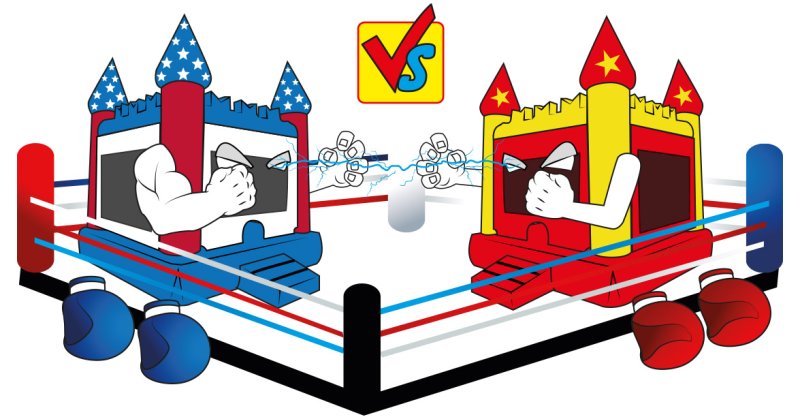 Given new attempts by the U.S. to create economic integration structures that will restrain Chinese dominance in the region, Beijing is working on building deeper economic cooperation with other Asia-Pacific countries – including Russia.

In the face of growing competition from the U.S. for the right to play the leading role in the economic growth of Asia-Pacific, China now views the promotion of the Regional Comprehensive Economic Partnership (RCEP) as a key strategic priority. Moreover, the recent aggravation of China’s relations with its regional partners has only added a sense of urgency to economic integration.

Officially, ASEAN and the six dialogue partners announced the start of negotiations on RCEP in August 2012 in Cambodia during the 44th meeting of the ASEAN economic ministers. However, the initial stage of the formation of the multilateral economic initiative took place in the late 1990s.

The Asian financial crisis of 1997­–1998 had a serious negative impact on the socio-economic development of most regional states. Under those conditions, ASEAN’s key task as coordinator of the integration initiatives in Asia-Pacific was finding the ways to minimize the effects of the financial crisis. The members of the Association were perfectly aware that it was impossible to achieve that goal without active support from the more developed regional countries - Japan, China and South Korea.

The first step was the formation of East Asia Free Trade Area (EAFTA), which was propelled forward by China in 2001. The launch of that project gained immediate support from ASEAN members such as Malaysia, which viewed the EAFTA as an effective mechanism for overcoming the economic recession and building up comprehensive cooperation with the countries of Northeast Asia.

China viewed the mechanism of ASEAN+3 as a “pivot” and key channel of cooperation in East Asia. [ASEAN+3 includes the 10 members of ASEAN, plus China, Japan and South Korea – Editor’s note] The gradual strengthening of Beijing’s positions in Asia-Pacific foreign policy nourished the Chinese leadership’s ambition to play a leading part in the newly established East Asia Summit (EAS). China attempted to mold the main directions and work principles of the new dialogue platform primarily according to its own interests. China’s lack of interest in gradual expansion of the EAS membership is also very indicative.

Therefore, initially China viewed the RCEP as a tool to enhance its role in the economic and regional processes during a transition period for most Asia-Pacific nations. Using the mechanism of the ASEAN+3 partnership, Beijing also hoped to implement specific foreign policy goals.

RCEP as an alternative to the American world order

One of the key factors pushing China to intensify the process of formalizing the RCEP is the strengthening of U.S. positions in Asia-Pacific, a trend that started under President Barack Obama. The shifting focus of Washington’s foreign policy towards Asia-Pacific is seen both in terms of economic influence (strengthening of cooperation with the countries of Northeast Asia and Southeast Asia) and military-political cooperation (intensified dialogue with key allies — Japan, South Korea and the Philippines). In addition, the key feature of the U.S. “pivot to Asia” is the rise of anti-Chinese rhetoric.

The quintessence of this pivot can be easily seen in the establishment of the Trans-Pacific Partnership (TPP), the largest trade-economic initiative ever undertaken. Judging by the tone of the statements coming from the American establishment (including President Obama), TPP is in fact viewed as an instrument for deterring China. “We can’t let countries like China write the rules of the global economy,” Obama claimed.

The high degree of politicization of the TPP initiative and the comprehensive nature of the agreement, which assigns non-tariff regulation and other issues that are sensitive to China a top priority, almost excludes any chance of China joining the TPP. The most likely scenario in the short and medium term for Beijing is to further promote alternative initiatives and projects of economic regional integration, including the Silk Road Economic Belt and Regional Comprehensive Economic Partnership.

Therefore, the Chinese political leadership views the RCEP initiative as an attempt to prevent the formation of a U.S.-centric economic architecture in Asia-Pacific and to avoid creation of an regional anti-China alliance under U.S. auspices.

RCEP as a part of China’s regional strategy

China, being a regional superpower, perceives building regional relations along with forming a “community of common destiny” (one of the backbones of China’s development and security concept, which aims at development on the basis of common interests and values — Editor’s note) as being strategically important. Moreover, the implementation of RCEP fits neatly into the concept of the peaceful rise of China, which implies its more active role in the integration processes as well as contribution to universal development and prosperity.

In order to understand RCEP’s place in China’s foreign policy strategy, it is important to look at the member states involved in its initiative. It includes countries that are the U.S.’s key allies in Asia-Pacific, including Japan and South Korea. However, the most destructive element in trilateral relations is the complex of political tensions that have a negative impact on the development of diplomatic and trade-economic relations between the sides, especially between Japan and China.

Over the period 2011-2015, trade turnover between Tokyo and Beijing declined from $345 billion to the current level of $279 billion. Rising tensions between China and Japan caused by the conflict over the disputed Senkaku/Diaoyu islands started in 2012 when the negotiations on RCEP were launched for the first time.

The main stumbling block in the Japan-Korean dialogue concerns some questions of history, namely, the problem of sexual slavery in the Japanese army during World War II.

The parties have repeatedly declared that they are trying not to mix political controversies and economic cooperation by de facto forming “relations of a new type.” Therefore, there is an urgent need for a “reset” in their relations and establishment of permanent communication channels, which enhances the importance of such platforms as the Trilateral Summit and partnership in the ASEAN+3 format.

In such circumstances, promotion of RCEP is viewed by the leadership of the three countries as a universal means of strengthening their economic interdependence and raising their level of mutual trust. Besides, the “Asian three” have made official statements on the necessity of intensifying the negotiations on the establishment of RCEP, in particular, during the Trilateral Summit in Seoul on Nov. 1, 2015.

Therefore, China views RCEP as a mechanism to deepen the economic cooperation with the countries of Northeast Asia, which certainly serves the interests of each of the three countries.

Finally, China aims to use the platform of the RCEP to eventually create the Free Trade Area of the Asia-Pacific (FTAAP), where Beijing will play one of the leading roles. Specifically, China’s Premier of the State Council Li Keqiang declared this during the Boao Forum for Asia, which took place in 2014 on the island of Hainan.

Besides, China aims to promote RCEP for the purpose of easing the political tensions with its Southeast Asian partners that are directly involved in the territorial dispute in the South China Sea (Vietnam, the Philippines, Malaysia and Brunei).

According to Beijing’s official position, RCEP, unlike TPP, aims not to rewrite the existing rules of world trade but only to unify and harmonize the international standards on trade and economic relations. Meanwhile, China makes no secret of the fact that by promoting such initiatives, it aims to acquire greater independence and flexibility in making international economic decisions.

Taking into account the intensification of its foreign policy in the Asian-Pacific region and strengthening of its strategic partnership with China, Russia is interested in the promotion of RCEP. Moscow’s strategic task is to get integrated in the production, distribution and technological chains of Asia-Pacific and to create its own “success story” in the Far East, such as by forming a chain of high-tech clusters in the country’s Far East territories.

In particular, this area of work became a priority during the Russian chairmanship of APEC in 2012. RCEP, as an integration project, aims at building regional interdependencies through the development of trans-border infrastructure and strengthening of the institutional basis of multilateral economic cooperation.

Acting within the framework of the Eurasian Economic Union, Russia has already signed a Free Trade Agreement with Vietnam. A similar agreement with ASEAN will mean the removal of a formal obstacle to Russia joining RCEP. Moreover, China and ASEAN welcome Russia entering the Partnership. Such a position is motivated by the sides’ desire to move towards building a comprehensive Eurasian partnership, a consolidated geo-economic and geo-strategic space with Russia, China and ASEAN as key centers of power.

Finally, the American factor plays an important role in forming a favorable attitude of the Russian elites to the economic initiative of Beijing. This is namely about the Trans-Pacific Partnership, which most observers view as the main alternative to RCEP. Russia opposes such unions as TPP. According to Russian President Vladimir Putin, “The Trans-Pacific Partnership is another attempt by the U.S. to build an architecture of the regional economic cooperation that is advantageous to the U.S. itself.”

Moscow’s official position is based on the understanding that any regional economic structure is defective without participation of Russia and China. In this regard, Russia’s interest in promoting Chinese initiatives is driven by Moscow’s desire to harmonize the world’s financial, trade and economic architecture through enhancing the role of non-Western countries.