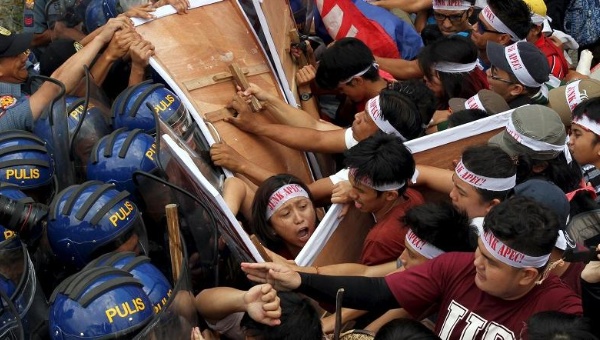 In his keynote address at the APEC CEO Summit 2015, the Chinese premiere said the world’s "multiple challenges" could lead to disorderly capital flow and weak investment. The APEC CEO Summit is one of the events related to the ongoing #APEC2015 Economic Leaders Meeting.

Xi then called on APEC members to join the Free Trade Area of the Asia Pacific (FTAAP), a "win-win situation" for countries in the Pacific Rim.

Accelerating the realization of FTAAP will take regional integration forward, encourage equal footing participation, provide a free trade engagement that is open and inclusive, he said.

The Chinese leader allayed past fears that the FTAAP initiative in the Asia-Pacific region would create fragmentations among APEC economies.

Xi said this "unique path of regional cooperation" would pave the way for an Asia Pacific that has "greater openness, greater integration, and greater development."

FTAAP was first developed by the US to create a trading group incorporating both Washington and Beijing, and China subsequently chose the FTAAP as its landmark initiative during the APEC Summit it hosted in 2014.

FTAAP has been described as a major trade agreement covering most major economies in Asia Pacific to heavily benefit Chinese exporters.

The AIIB, to be launched later this year and joined by 50 countries, is a China-proposed investment and financing institution for infrastructure development in the region. It is seen as a rival to World Bank and the International Monetary Fund (IMF), both dominated by the United States.