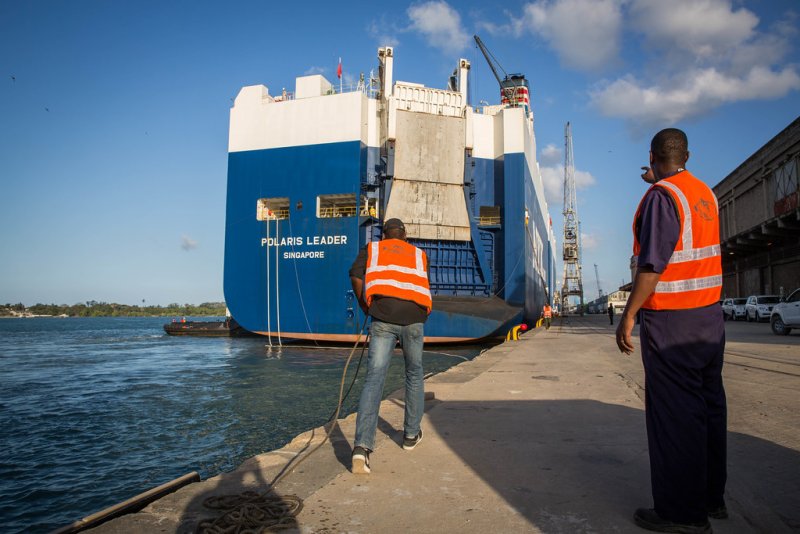 SADC Free Trade Area comes into effect
9-Jan-2008 SABC News
The Southern African Development Community (SADC) Free Trade Area has come into effect as from the start of this year. This means most goods produced in the region can now enter member countries free of custom duties.
Tunisians uncertain about EU free trade agreement
8-Jan-2008 Maghrebia
Tunisia opened up a promising new market by entering the Free Trade Zone Agreement with the European Union, but some business and political leaders caution that without protection and modernisation measures, the economic gulf between Tunisia and the EU could get worse, not better.
United States and Libya sign Science and Technology Cooperation Agreement
3-Jan-2008 US State Dept
The Science and Technology Cooperation Agreement is an important step in recognizing Libya’s renunciation of weapons of mass destruction, says the US State Department. It is a component of Washington’s efforts to promote peace and stability in the Maghreb and broaden US-Libya bilateral relations.
Gulf states launch GCC common market
1-Jan-2008 Times of India
The six oil-rich Gulf monarchies ushered in the New Year on Tuesday by setting up a common market with a combined economy of 715 billion dollars.
Vying for position
28-Dec-2007 Al-Ahram
The European Union and the United States are increasingly involved in a widening medley of trade and other agreements in the Middle East and North Africa region. As the EU and US push for more and varied free trade agreements, rivalries between these global economic giants also spur competition among Arab countries.
Gulf Cooperation Council to launch common market in January 2008
17-Dec-2007 Global Research
Leaders of the six-member Gulf Cooperation Council (GCC) yesterday announced their plan to launch a common market in January 2008 and a currency union by 2010 in addition to maintaining their currencies’ peg to the US dollar.
Libya sweetens trade, investment ties with US
5-Dec-2007 CalTrade Report
Morphing over the past several years from international pariah to developing, open-market economy, Libya is now actively cultivating trade and investment links with the US.
EU and Iraq in third round talks for trade and cooperation agreement
28-Nov-2007 BI-ME
The European Union and Iraq are holding the third round of negotiations for a Trade and Cooperation Agreement (TCA) in Brussels from 27-29 November.
Angola and Spain Sign Investment Protection Accord
22-Nov-2007
The Governments of Angola and Spain Wednesday in Luanda signed an accord for reciprocal protection of investments and a memorandum of understanding, that sets a programme of financial cooperation involving two credit lines of about Usd 600 million.
Southern African free trade zone to come up next year
12-Nov-2007 Earth Times
The Southern African Development Community (SADC) has said that a free trade agreement (FTA) for the region will be concluded next year as scheduled.
0 | ... | 390 | 400 | 410 | 420 | 430 | 440 | 450 | 460 | 470 | ... | 560