Germany pushes EU trade deal with US in tariffs row as trade war looms
2-May-2018 Daily Express
Germany is pushing a watered-down version of the EU’s Transatlantic Trade and Investment Partnership (TTIP) in a desperate last-ditch attempt to head of a looming trade war between the bloc and Donald Trump’s United States.

Trump warming to EU trade deal with Britain behind in queue: Times
24-Apr-2017 Reuters
The United States could strike a free-trade agreement with the European Union after President Donald Trump warmed to a deal with the bloc. 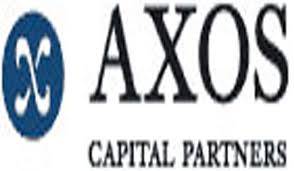 German Court on CETA: Important success for our democratic rights!
13-Oct-2016 Stop TTIP
The Germany’s Constitutional Court’s decision on CETA is an important success in the fight against the EU’s free trade machinery

German leaders told to put brakes on CETA as well
1-Sep-2016 EurActiv
Dismantling democracy, millions spent in lawsuits and jobs in peril. A study into the effects of the planned CETA and TTIP agreements on the German region of North Rhine-Westphalia has revealed a grim picture.

TTIP has failed – but no one is admitting it, says German Vice-Chancellor
29-Aug-2016 The Independent
Germany’s Vice-Chancellor said in 14 rounds of talks neither side had agreed on a single common chapter out of the 27 being deliberated.
Growing protest against TTIP and CETA trade agreements in Germany
24-Aug-2016 Deutsche Welle
Hundreds of thousands of protesters are expected to take to the streets in several German cities to rally against plans to move forward with two key international trade agreements - one year after a similar protest managed to attract similar numbers.

At least 35,000 protest in Hanover a day before Obama visits Germany to promote TTIP trade deal
25-Apr-2016 Business Insider
Some 35,000 people marched through the streets of Hanover to protest against a sweeping European-US trade deal.

Survey: German companies call for changes to free trade agreement
11-Mar-2016 MORE
Ohoven: “TTIP must not be allowed to benefit big business only”