NAFTA Partners Take Steps to Boost Trilateral Relationship
10-Apr-2012 Be Your Own Leader
While bilateral initiatives have dominated North American issues over the last couple of years, the trilateral relationship has suffered. With a series of high-level meetings, the U.S., Canada and Mexico are taking steps to boost the NAFTA partnership. 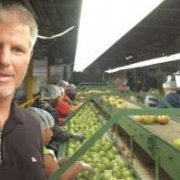 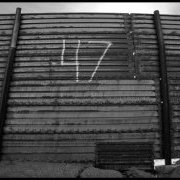 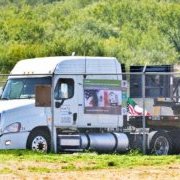 Mexican truck is first in delayed NAFTA program
24-Oct-2011 AP
A Mexican truck crossed into the U.S. on Friday bound for the nation’s interior, fulfilling a long-delayed provision of the North American Free Trade Agreement that had been stalled for years by concerns it could put highway safety and American jobs at risk.
Sad but true: Canada and Mexico have no clout in Washington
7-Oct-2011 Globe and Mail
Although Canada and Mexico make extraordinarily large contributions to America’s economic strength, homeland security and international effectiveness, they have virtually no influence in Washington’s corridors of power. 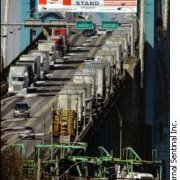 Canada travellers to face US surcharge from US-Colombia trade pact
5-Oct-2011 WSJ
"Assuming this free-trade agreement gets passed, this will increase imports from Colombia to the United States ... and Canada will pay for the cost of Colombian goods shipped to the US," said Birgit Matthiesen, a US-based adviser for the Canadian Manufacturers and Exporters, a Canadian business lobby.
Race to the bottom: Maquiladoras, free trade, can of worms
4-Oct-2011 COHA
Obama does not mention that FTAs traditionally have prompted US companies to transfer their manufacturing processes to countries with lower wages, rather than noticeably creating jobs in this country, writes COHA 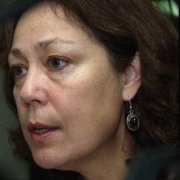 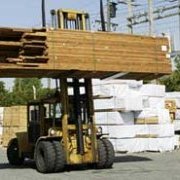 Francine Raynault would like to reopen NAFTA
31-Aug-2011 L’Action
A Member of Parliament is reckoning bringing the case of Kruger before the Canadian Parliament. 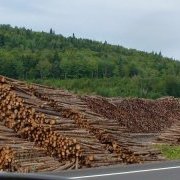 $130 million NAFTA payout sets troubling precedent
23-Mar-2011 CCPA
Why should a provincial government be punished for doing the right thing?
More free trade agreements? When NAFTA failed?
21-Mar-2011 Huffington Post
With the Republicans and the Obama administration attempting to rush headlong into a new trade agreements with Korea, and possibly also with Panama and Colombia, it is incumbent on Americans to apply a bit of empiricism. How have our past trade agreements worked out? Above all, how’s the grand-daddy of them all, NAFTA, doing?
Is ‘another Egypt’ brewing in Mexico?
7-Mar-2011 Workers World
People in Chihuahua who were picked up under guidelines of the Merida Initiative on three-year-old warrants were charged not with drugs but with organizing anti-NAFTA protests!
Perimeter security and the future of North American integration
1-Mar-2011 Be Your Own Leader
While the NAFTA framework remains intact, a recent announcement by Canada and the US to work towards a trade and security perimeter agreement without Mexico, has some questioning the future of the whole trilateral process. 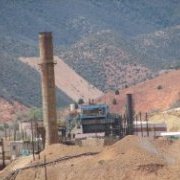 Solidarity in action: Unionists across North America to protest for Mexican workers’ rights
18-Feb-2011 In These Times
This week, people across the United States and Canada will demonstrate at Mexican consulates and embassies in protest of violations of the right to organize in Mexico. Of particular concern to protesters will be the bitter strikes and repression of unions representing miners and electrical workers, and the escalating practice of government and corporate entities forcibly installing company unions known there as “protection unions.”
We need to rethink, not rearm NAFTA
7-Feb-2011 IPS
Experts expect Obama and Harper to announce a “new” border partnership to ease the flow of goods and people across the border by harmonizing security, immigration and refugee, surveillance and possibly defense policy across the continent. There’s nothing new about this plan. It’s the regurgitation of the defunct Bush-led Security and Prosperity Partnership (SPP) without the Mexican “amigo.” 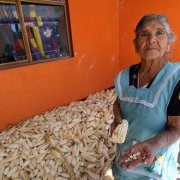 Free trade: US corn flows south, Mexico exports men
2-Feb-2011 McClatchy
"The government [of Mexico] didn’t so much pull the plug on corn. The government pulled the plug on family farmers who grow corn because the big guys who grew corn got massive subsidies and protection from imports," said Jonathan Fox, an expert on rural Mexico at the University of California at Santa Cruz.
US claims victory over Canada in lumber dispute
22-Jan-2011 AFP
The United States claimed victory against Canada Friday in a trade dispute over Ottawa’s alleged subsidies for lumber exports to the United States.
Table of NAFTA “Chapter 11” foreign investor-state cases and claims
30-Nov-2010 Public Citizen
Over $326 million in compensation has already been paid out by governments to mainly US corporations in the 66 NAFTA cases filed to date. 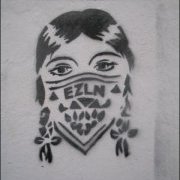 Zapatistas struggle for another Mexico
29-Nov-2010 GLW
As in Colombia, evidence suggests paramilitaries act as enforcers for foreign corporations. Since NAFTA took effect, US and Canadian mining companies have acquired more than a million hectares of land in Chiapas, displacing thousands of peasants. 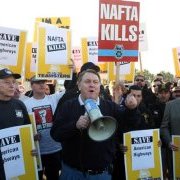