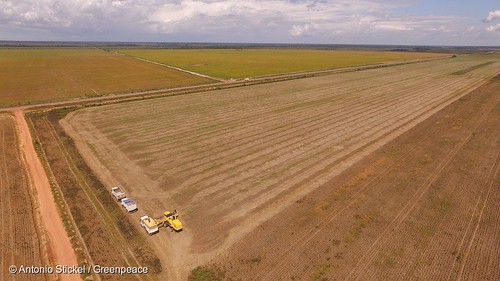 As the Amazon faces its greatest threat yet, Canada can reject free trade deal with Brazil

The Amazon rainforest is facing its greatest threat yet. This vast haven for biodiversity and carbon storage, homeland to hundreds of Indigenous peoples, is being decimated as loggers, ranchers, and land-grabbers linked to big business move in to exploit the territory. Fires and deforestation have spiked under far-right Brazilian President Jair Bolsonaro, whose government has actively undermined environmental and Indigenous rights protections.

In response to this, we’ve just launched a House of Commons petition calling on Canada’s Foreign Affairs Minister François-Philippe Champagne to reject a free trade deal with Brazil and to speak out against the Brazilian government’s attacks on the environment and human rights.

We are not your typical group of collaborators: a doctor, an Indigenous rights advocate, a sustainable farming advocate, a trade unionist, and climate and justice movement advocates and activists. But this is an issue that impacts all of us—and it impacts you, too.

This is about human rights: the Indigenous peoples of the Amazon have been guardians and caretakers of the forest for millennia. Now, they are once again sounding the alarm. They are facing high levels of violence (and COVID-19) as land-grabbers encroach on their territories. The Brazilian government has blocked the designation of additional Indigenous lands and gutted Indigenous rights protections.

This is about the food system: the proposed Canada-Mercosur free trade deal with Brazil would boost the environmental destruction of industrial agriculture, benefiting the big agribusinesses whose beef, soy, and other commodities that are driving ecosystem destruction in the first place. It would take us further from the sustainable and equitable food system we need for our own health and security.

This is about climate: the Amazon rainforest regulates our global climate. It distributes rain across South America and influences weather patterns around the globe. It absorbs billions of tonnes of carbon dioxide out of the atmosphere and stores it in hundreds of billions of trees.

This is about health: scientists have documented a clear link between tropical forest loss and pandemics. As biodiversity declines, viruses can thrive—and make the leap to humans. Our health is intimately linked to the health of forests.

This is about survival: scientists warn that the Amazon is approaching a tipping point beyond, which the rainforest cannot sustain itself. If that happens, there would be a massive die-off of plant and animal species. It would threaten the cultural (and actual) survival of Indigenous Peoples and other local communities. And it will be that much more difficult to prevent runaway climate change.

Please join us in calling on the government to act.

Sophie Bédard and Ruby Swartz are with the Fridays for Future Toronto. Marie-Josée Béliveau is with the Alternatives and Women for Climate Collective. Dr. Warren Bell is a family physician and past founding president of Canadian Association of Physicians for the Environment. Dave Bleakney is the second national vice-president of Canadian Union of Postal Workers. Ronald Cameron is with the Plateforme altermondialiste. Catherine Caron is with the Centre Justice et Foi and Relations magazine. Ana Collins is an Indigenous rights adviser at Amnesty International Canada. Reykia Fick is with Greenpeace Canada. Gustavo Monteiro is with Collective Brasil-Montreal. Marie-Josee Renaud is a coordinator at Union paysanne. Claude Vaillancourt is president of Association québécoise pour la taxation des transactions financières et pour l’action citoyenne.