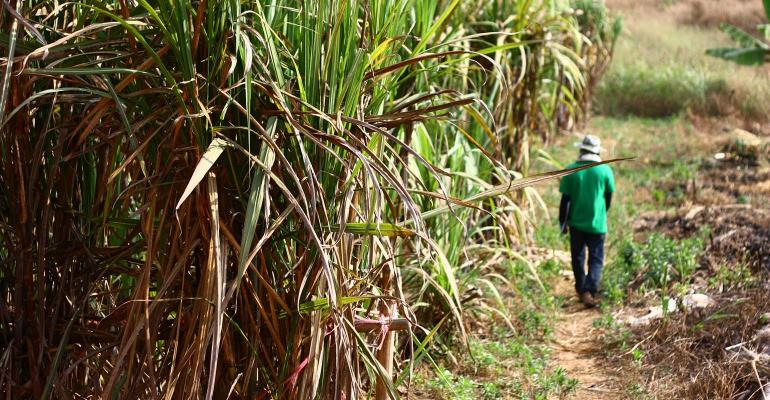 Olivier Adopo is a rubber tapper in the Grand Lahou forest in the West African country of Côte D’Ivoire. His is a skill that has been passed on through generations – an ‘art’ he says – that provides him and his community with a living. He sells the latex he collects to a local factory. But these are worrying times. The price for latex has fallen by half. The cause? The trade war between China and the US. China is the largest manufacturer of goods containing rubber in the world, and a fifth of its exports go to the US. And this is dampening demand for latex.

The old African saying ‘When elephants fight it’s the grass that suffers’ has poignant currency in Côte D’Ivoire today.

Free-trade enthusiasts often say that, in order to develop and flourish, the countries of the South must be more integrated into the global trading system. But they are already highly integrated: Africa is far more dependent on overseas trade than Europe or North America – and not in a good way.

Imperialism lives, maintains Ugandan-born trade expert Yash Tandon. He calls the EU’s Economic Partnership Agreements (EPAs) ‘Europe’s trade war on Africa’ and writes: ‘I have knowledge and personal experience (nearly 30 years) of the way the EU has been pushing EPAs on African, Caribbean and Pacific countries. African governments, weakened by their dependence on so-called “development aid”, are often “willing” to sign these asymmetrical and totally unfair agreements.’

In order to conclude its free-trade EPAs with Africa, the EU threatened sanctions on those countries that did not sign. At the time of writing, Kenya, Rwanda and Burundi have signed while Uganda is on the fence and Nigeria and Tanzania have refused.

Up to three-quarters of Africa’s population depends on agriculture for a living. A foolish or hasty step towards liberalization can risk the livelihood of these people, most of them poor. The EU and US have preached the gospel of free trade but not practised it themselves, paying their own farmers generous subsidies.

South African trade expert Mustaqeem De Gama observes: ‘As a result, African farmers are less able to compete. This destroys rural livelihoods. It causes mass patterns of migration and you know the consequences in terms of issues of migration, asylum seekers and so forth.’

But today China, not Europe, is the biggest player in Africa. Welcomed as a trading partner at first, the love affair has begun to turn sour. The Chinese tend to bring in their own workers rather than employing local Africans. Their big infrastructure projects provided work for Chinese companies but have plunged the host nations deep into debt. It has turned out that China is doing what big powers usually do – acting in its own self-interest.

Brazilian farmer Gustavo Lopes is happy. In 2017 he decided to rip up his sugar canes and plant soy instead on his 4,000-hectare farm. His bet paid off when, a couple of months ago, Chinese buyers loaded up on South American soy after Beijing imposed retaliatory tariffs on US beans. Lopes got a good price for his soy crop.

Brazil’s new government under far-right leader Jair Bolsonaro is likely to carry on the policies of Michel Temer’s previous ‘coup’ government that privileged ranchers and big farmers at the expense of indigenous people, peasants and landless people.

In Argentina too, soy farmers are looking to reap benefits from the US-China trade war. Researcher and activist Luciana Ghiotto says that in the past, US companies and investment were the most important in the region, but during the past eight years China has taken that place. In a January 2018 summit between Latin American presidents and China’s leadership, the latter offered millions in investment to include Latin America in the ‘New Silk Road’ aka ‘Belt and Road’.

China hoovers up Latin America’s raw materials – minerals, lithium, gold, magnesium, copper, oil, gas, soy and so on. The region’s neoliberal governments might prefer, ideologically, to do business with the US, but China is customer number one now.

‘We cannot talk about a complementary relationship with China,’ says Ghiotto. ‘It’s a new imperialism. They work differently from the US: the US used the CIA to keep progressive governments away from power and was very interventionist. China does not care if the government is fascist or progressive; what it cares about is that it needs the oil, the soy and the minerals. So they create a strategic partnership which has had a huge role in setting new conditions for our governments.’

Sometimes this leads to weakening existing relations between Latin American countries. Individual countries are rushing to sign contracts with China that are not accessible to public scrutiny. ‘They are even worse in a way,’ comments Ghiotto. China exports capital: Ecuador, Venezuela and Argentina have made use of Chinese loans during commodity price collapses and the terms for these have been harsh, especially in the case of Venezuela. And China builds. For example, in Argentina China is rebuilding a 1,500 kilometre disused railway line, not for people but for soy.

One response to the current turbulence in global trade is to reboot efforts for intra-continental trade, including a possible convergence of two existing South American trade blocs: Mercosur and the Pacific Alliance. But Ghiotto reckons that neither of these two blocs has genuine concern for human and environmental rights.

In the next few months, various Latin American groups campaigning for trade justice are getting together to form a platform for action. ‘We have been in defensive mode lately. At least we now have good data, research and information on the consequences of the [free trade] model of the past 30 years,’ says Ghiotto. ‘People organizing, gathering info, lobbying and campaigning – that’s the only positive thing I can see right now.’

Kannaiyan Subramaniam is a small farmer from Tamil Nadu and a representative for the international peasant movement, La Via Campesina.

He says: ‘I come from India, where farmers are suffering due to crashing prices, import surges, land grabs, ever-increasing cost of production and import-driven crop pattern changes that put farmers into deeper and deeper crisis. As a result, more than 300,000 farmers have taken their own lives since India committed to WTO policies of free trade.’

Today Subramaniam and others are fighting against a free-trade agreement, currently being negotiated, that they say will destroy the country’s dairy sector, ruin millions of livelihoods, make medicines unaffordable and seriously damage Indian manufacturing.

Talks are billed to conclude in 2019. At the time of writing China is still trying to get at least 86-per-cent tariff-free access to the Indian market, while India, traditionally protectionist, is holding out for less.

India has a huge population that depends on domestic agriculture. Subramaniam elaborates: ‘Among the several million small and backyard dairy farmers producing milk, 95 per cent are women. This is a mass production by the masses, not by a few big corporations. The income generated from dairy is predominantly spent by women for the welfare of the family.’ Subramaniam’s own education was thanks to his hardworking mother, who reared buffaloes and cows for a living. 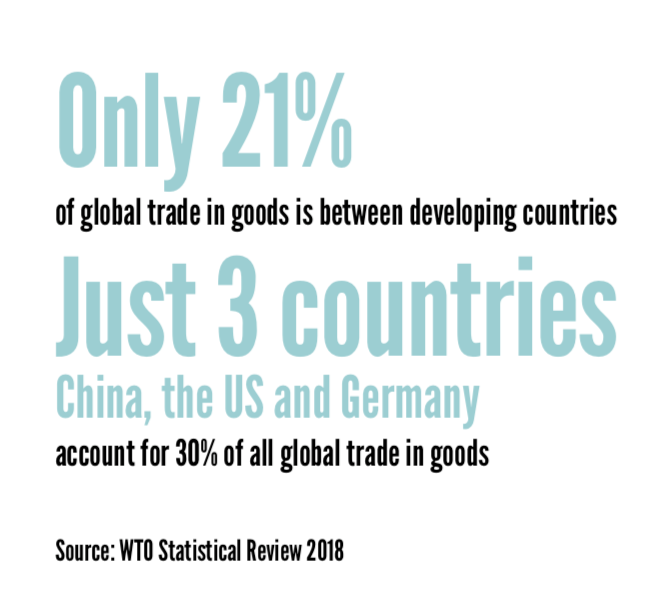 India is self-sufficient in milk, with a vast network of farmers, co-operatives, local companies and individual milk sellers. ‘But RCEP will probably wipe out the small and backyard dairy farmers, and that will be nothing short of a suicidal step,’ Subramaniam stresses. ‘I’m not being an alarmist here, but I’m expressing our anguish based on our country’s experience in the case of edible oil and pulses.’ Two decades ago, India started importing edible oil. Some 70 per cent is now imported and local farmers are forced out of production.

The Indian backlash to RCEP is growing and is also coming from the business community and those fighting to defend affordable medicine, which is threatened by intellectual property clauses in RCEP.

In other Asian countries it may be harder still to stop governments entering harmful free-trade agreements. Indonesian economic justice activist Rachmi Hertanti says her government is rushing to sign many free-trade deals, including RCEP, without understanding what’s in them and without properly disclosing them to parliament, let alone the public. ‘They don’t look at the social impact, they don’t even have tools for doing so,’ she says. ‘Decisions are made only on an import-export cost benefit analysis.’

Indonesia is in a fix – it has two major exports that are both environmentally problematic, palm oil and coal. As the campaign against palm oil – an industry run by large corporations that violates human, environmental and wildlife rights – gains momentum in the West, the Indonesian government is aggressively seeking new markets.

A likely consequence of the current trade war between the US and China is that Indonesia will be flooded with Chinese goods which would have been bound for the US. Campaigners like Hertanti think that the government should be encouraging Indonesia’s small and struggling manufacturing sector and its agriculture. The country now imports much of its food from Australia, New Zealand/Aotearoa, Thailand, China and Vietnam.

‘For us agriculture is the priority. It is our life. Before you talk about trade you should first ensure food sovereignty and have local agriculture substituting imports. We are against free-trade agreements that do not recognize human rights, that stop governments from fulfilling their social obligations to their citizens.’

And that is the nub of the issue. In the words of De Gama:

‘We have been saying for a very long time that at the root of all of this is the unequal impact of this phenomenon we call globalization. Some countries win more than others, and the countries that are less successful suffer. They have to accept a predominant paradigm that is enforced through market forces, which eats away at the social security safety nets that national laws provide. It means that, in the end, you are not able to take steps to protect the vulnerable in society. It creates monopoly countries that really dominate whole areas; it creates rule-makers and the countries that are less successful just have to take the rules and absorb the consequences.’

At the end of last year we saw the rivalry between the trade giants – China and the US – spilling out into the meeting of the Asia-Pacific Economic Cooperation nations (APEC) in Papua New Guinea. As a result, for the first time since its founding in 1989, APEC was unable to agree a joint communiqué at the end of the summit.

What is that African saying about elephants, again?