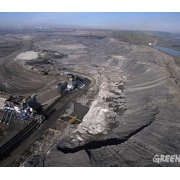 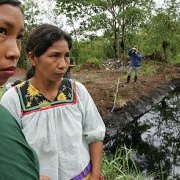 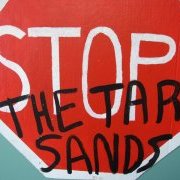 Protesters invade British government office over tar sands trade deal
17-Jan-2011 rabble.ca
On Friday morning, a group of protesters invaded Britain’s Department for Business, Innovation and Skills and are demanding a meeting with Stephen Green, the new minister for trade. Calling themselves the "Big Society Trade Negotiators," they are concerned that trade negotiations between the EU and Canada, due to start in Brussels on Monday, will dramatically boost Europe’s involvement in the Canadian tar sands — the most destructive project on earth. 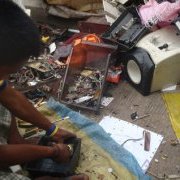 Living off toxic trash in the Philippines
25-Nov-2010 CBS News
That Japan has been sending its enormous piles of e-waste to the Philippines is not a revelation, but with the enforcement of the Japan-Philippines Economic Partnership Agreement (JPEPA), a wide-ranging bilateral trade agreement, critics fear the Philippines may essentially become Japan’s dumping ground. 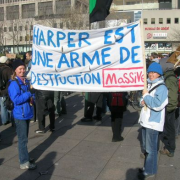 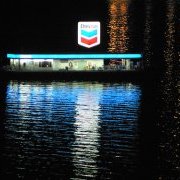 Will Chevron get away with destroying the Amazon?
20-Apr-2010 Change.org
Litigation over the ecological disaster that is Lago Agrio has produced a decades-long narrative that rivals Finnegans Wake in complexity. 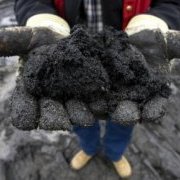 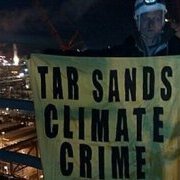 Tarsands complaint goes before NAFTA watchdog
15-Apr-2010 The Canadian Press
A Canadian environment group is claiming the federal government is breaking its own laws when it comes to the tar sands, and plans to take its concerns to NAFTA.
India rejects EU demand on social clauses in trade pact
12-Mar-2010 Hindu Businessline
India has rejected the European Union’s demand on including social clauses such as labour and environmental standards in the proposed Free Trade Agreement (FTA), saying there are other forums to discuss these issues.
Avatar downfall a blow for indigenous communities
10-Mar-2010 IPS
In 2009, Chevron’s lobby against the renewal of preferential tariffs for Ecuador was "one of the strongest and fiercest that Ecuadorean foreign policy has ever faced."
With Avatar poised to win big at the Oscars, James Cameron should help some Na’vi right here on Earth
2-Mar-2010 The Indypendent
Cameron should put the money made from the blockbuster where it’s needed most: into indigenous communities struggling for the conservation of their land and livelihood.
Trade talks may spike proposal to ban e-waste
24-Jan-2010
India’s free trade agreement (FTA) negotiations with EU and Japan are likely to prevent a proposal to ban trade in electronic waste (e-waste) from being incorporated in the draft rules to be notified by the environment ministry in two months. 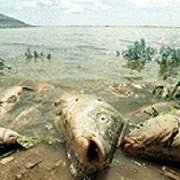 Spanish firms launch ICSID dispute against Mexico over stalled toxic waste disposal project
13-Jan-2010 ITN
Spanish firms Abengoa, S.A. and COFIDES, S.A. have launched a claim with ICSID against Mexico over the stalled opening of a toxic waste disposal plant built by them in the municipality of Zimapán, approximately 200 kilometres north of Mexico City.
Free trade agreements may aid toxic-waste trade
12-Jan-2010 DNA India
As Indian negotiations for signing free trade agreements (FTAs) with trade partners such as Japan and the European Union (EU) gather momentum, so do concerns over environment and waste dumping. 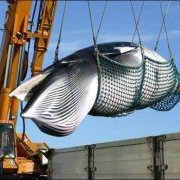 Greens on FTA with Japan
16-Dec-2009 Big Pond News
Australia should not agree to a free trade agreement (FTA) with Japan unless the Asian nation stops whaling in the Southern Ocean, the Australian Greens say.
German investor launches ICSID case against Costa Rica over alleged expropriation of land near endangered turtle habitat
7-Dec-2009 ITN
German investor Reinhard Unglaube, a resident of Costa Rica, has commenced arbitration against his host country over the latter’s refusal to grant the appropriate permits to extend his eco-tourist hotel complex in Playa Grande, Costa Rica. 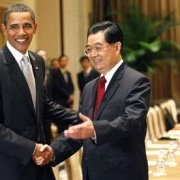