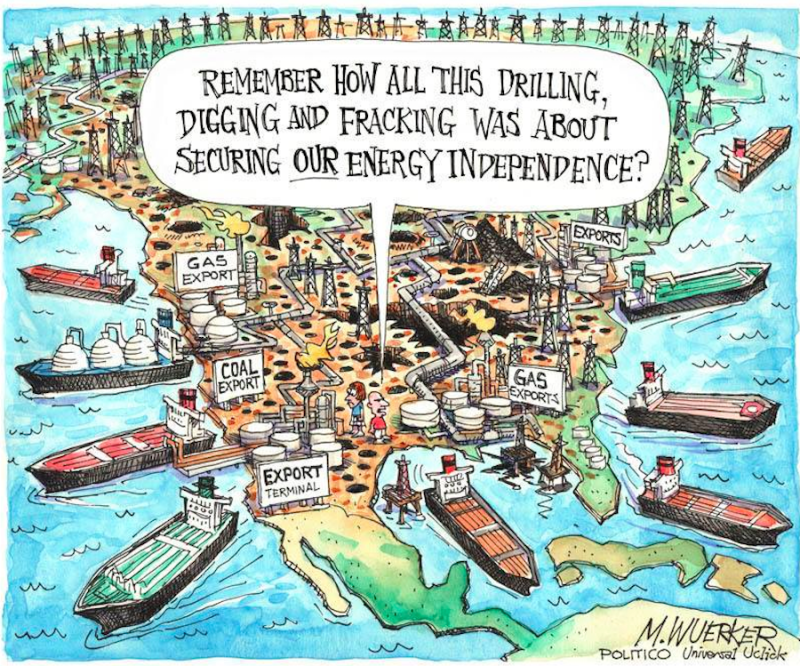 In typical year-end fashion, I recently found myself reflecting about 2014. In the past year, we saw governments and multinational corporations using trade rules to challenge climate progress, but we also saw Sierra Club activists and fair trade allies across the country fight against harmful trade pacts and we saw the largest climate march in history when 400,000 people come together in New York City to demand climate action.

Many people see trade rules as distant, something to leave to the economists, unrelated to the greatest environmental challenge of our time: climate disruption. Take a look at some of the major happenings on trade in 2014 and you’ll see, however, that trade rules and climate disruption are integrally linked.

The government of India is dealing with the climate crisis head-on by adding more clean energy in place of dirty fossil fuels. India’s national solar program aims to bring 100 gigawatts of solar power to India by 2022 — much of it home-grown. "Buy-local" rules in the program — financial support to investors that source solar cells and modules manufactured in India — will help India build a strong domestic solar industry.

This program is a huge step forward for India, the fourth-largest energy consumer in the world. The energy market in India and the financing available to it is currently dedicated to fossil fuels—especially the struggling coal sector. The development of India’s solar sector can help shift the energy market away from coal toward clean energy while generating other local benefits like new green jobs.

The United States, however, claims that the buy-local rules in India’s solar program violate World Trade Organization (WTO) obligations. In April, despite objections from major environmental organizations including the Sierra Club, the U.S. formally requested that the WTO establish a panel to hear the case. The first WTO panel hearing is scheduled for February 2015, continuing the trend whereby trade rules are used to challenge government efforts to build domestic clean energy sectors. In the year ahead, the Sierra Club will continue to work with our environmental allies to urge the WTO to stay out of climate policy and urge the U.S. to drop this case.

In another effort to combat climate disruption, the European Union set a target to reduce the carbon intensity of transportation fuels six percent by 2020 with its 2009 Fuel Quality Directive (FQD). To meet the target, in 2011 the European Commission proposed a system to encourage fuel suppliers to switch from high-carbon fuels, such as those derived from tar sands, to lower-carbon fuels.

Canadian Prime Minister Stephen Harper lobbied against the FQD, concerned that it would reduce demand for tar sands, and threatened the EU with a WTO challenge. The U.S. oil industry, which refines Canadian tar sands for export to Europe, also lobbied against the proposal and urged the U.S. to use the trade negotiations between the U.S. and the EU to weaken the policy.

That’s when the U.S. government stepped in and took the oil industry’s side. In July 2013, U.S. Trade Representative Michael Froman told members of the U.S. House of Representatives that he raised issues about the FQD with senior European Commission officials "on several occasions, including in the context of the Transatlantic Trade and Investment Partnership (TTIP)." Even more distressing, an email uncovered by Friends of the Earth Europe in an access-to-information request revealed that the U.S., like the oil industry, pushed the EU to remove the incentives for fuel suppliers to move away from high-emitting fuels like tar sands.

In October 2014, the European Commission published revised implementing measures for the FQD that mirrored the position of the U.S., Canada, and the oil industry. The incentive to keep tar sands out of EU transport fuels vanished. Trade negotiations provided just the leverage that the oil industry needed to weaken the FQD, but environmental groups will continue to shed light on this dirty deal.

While the U.S. was busy using trade rules to weaken EU climate policy, the EU was working to use trade rules to strike down U.S. climate and energy policies. In 2014, a leaked trade document revealed that the European Commission seeks a rule in the US-EU trade pact (TTIP) that could dramatically expand fossil fuel exports from the U.S. to the EU, and therefore oil and gas fracking across the U.S.

The proposal would require the United States to approve crude oil export licenses without even considering the national interest, and would remove the requirement that the U.S. Department of Energy review whether liquified natural gas exports are in the public interest. Instead, the proposal would require the U.S. to "automatically and expeditiously" approve all oil and gas export licenses to the EU. This means if the trade deal is signed, we’d likely see more oil and gas production, more dangerous fracking, more pipelines and export terminals, more climate pollution, and more reliance on fossil fuels. Luckily, there’s activism mounting on both sides of the Atlantic to reveal the dangers of this trade deal, and negotiators are far from reaching a deal.

In early 2014, a group of WTO members including the United States, the European Union, Australia, and Canada, launched a new set of negotiations to eliminate tariffs on a set of supposedly environmentally beneficial products. Sounds like a good thing, right? Well, while the goal of increasing use of and trade in environmentally beneficial products is certainly noble, the approach is seriously flawed.

Here’s the problem. The WTO members will create a list of products that will receive tariff elimination. Unfortunately, a number of products under consideration for tariff elimination could actually do more harm than good. Incinerators, for example, are used to burn waste material and release toxic chemicals and byproducts into the water we drink and the air we breathe. Centrifuges, which are used to filter and purify water for a variety of reasons, can also be used in the production of oil and tar sands — dirty fuels which should stay in the ground as more clean energy comes online in America. And wood pellets, when cut and burned, are loaded with carbon and associated with deforestation and habitat loss.

WTO members are moving full-steam ahead without even defining an "environmental good." The result is another flawed trade negotiation that has little to do with building a healthy environment, highlighting again the need to expose the contradiction between free trade and climate policy.

5. The Trans-Pacific Partnership, a massive trade deal that could harm our climate in numerous ways, comes closer to completion.

The U.S and 11 other nations have been negotiating the Trans-Pacific Partnership for more than 5 years, and now they appear to be close to a deal. This trade pact threatens our climate — from the expansion of fossil fuel exports to the imminent increase in fracking, and more. One of the worst parts are broad new rights that the TPP would fork over to multinational corporations, including major polluters.

In order to combat the climate crisis, we must move beyond fossil fuels and fully embrace clean energy. However, investment rules in the TPP will make that harder. The rules actually empower corporations to sue governments, in the secrecy of private trade tribunals, over laws and policies that corporations allege reduce their profits, including protections from dirty fossil fuels. Such rules have allowed corporations including Chevron and ExxonMobil to launch nearly 600 challenges against almost 100 governments. Increasingly, corporations are using these perverse rules in trade deals to challenge energy and climate policies, including a moratorium on fracking in Quebec and a nuclear energy phase-out in Germany. The TPP would expand the use of "investor-state dispute settlement" to many more multinational corporations, threatening our safeguards we fight hard to achieve. Thankfully, leaders from senior U.S. Senators to union presidents to policy wonks to Sierra Club’s executive director Mike Brune have spoken up and made that warning clear.

There’s no doubt about it: Trade rules threaten to severely undermine climate progress. But we don’t have to accept the status quo.

2014 was also a year of incredible mobilization against harmful trade pacts. In November, more than 700,000 Americans petitioned Congress to oppose putting harmful trade agreements on the fast track. There were actions all over the country, from Connecticutto Texas, from Maryland to Washington state, against harmful trade rules. And in far away places like New Zealand, thousands took to the streets in protest of the TPP.

Let’s make 2015 the year to stop harmful trade pacts. Join the Sierra Club’s Responsible Trade Program and we can work together to build a new model of trade.