Philippines, Peru set to engage in FTA talks
27-May-2015 Xinhua
The Philippines is set to engage into free trade agreement talks with Peru, a senior government official said on Wednesday.
More Dirty Little TPPA Secrets
18-May-2015 Foreign Control Watchdog
Imagine Trade Minister Tim Groser gets to the meeting of ministers to do the final horse-trading for the Trans-Pacific Partnership Agreement (now slated to happen in late May 2015), plays his final hand and signs away our future for a carton of milk powder. He will know that’s not really the end game: a final deal is not a final deal until the US Congress says so. The US has two more aces in its hand. 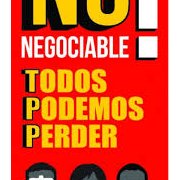 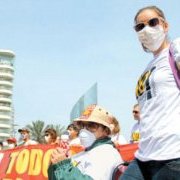 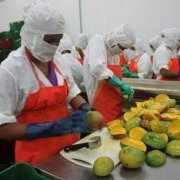 FTA commitments to be strengthened between the US and Peru
25-Mar-2015 Peru This Week
Peru hopes to upgrade access to the US market for farm products.
India to soon start FTA feasibility process with Russia, Peru
26-Feb-2015 Times of India
India will soon initiate the feasibility process to launch negotiations for a free trade agreement with Russia and Peru, a move aimed at enhancing economic ties with these nations. 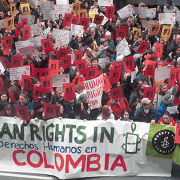 Trade agreement with Colombia and Peru tests our commitment to human rights
29-Jan-2015 Irish Times
The first significant test of Ireland’s reputation as defender of human rights comes today as the Dáil debates ratification of the EU Free Trade Agreement with Colombia and Peru.
Turkey-Peru free trade talks end without deal
3-Dec-2014 World Bulletin
Talks will continue next year as areas of friction — textiles and agriculture — continue to cause disagreement.
Honduras, Peru agree on work plan to conclude FTA negotiations
4-Nov-2014 Agencia Andina
Negotiating teams from Peru and Honduras are meeting to draw up a plan on how to finalise their FTA talks, initiated in 2010, by end 2014. 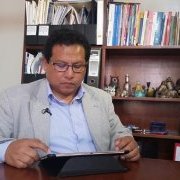 Peruvian patients reject TPP claiming it will affect their access to medication
21-Oct-2014 TeleSur
Social organizations defending the interests of health patients have spoken out against the TPP.
Peru, Honduras to conclude FTA by year-end
29-Sep-2014 Tax News
The President of Peru, Ollanta Humala Tasso, and his Honduran counterpart, Juan Orlando Hernandez, have agreed to conclude a free trade agreement (FTA) by the end of this year.
India to start trade agreement talks with Peru
11-Sep-2014 Bernama
India will start negotiations for a free trade agreement (FTA) with Peru to boost bilateral relations and to expand its trade and investment ties, especially in the defence sector with the Latin American region. 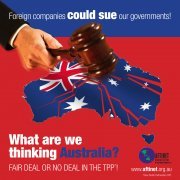 Website reveals how US could rewrite Australian medicine, media content and data storage laws through Trans-Pacific trade deal (TPP)
13-Aug-2014 AFTINET
“A new website has been launched today http://tppnocertification.org/ which reveals that the United States claims the right to vet and approve other countries’ laws before it will allow a trade and investment treaty to come into force,” Dr Patricia Ranald, Convenor of the Australian Fair Trade and Investment network, said today.
Peru to begin FTA negotiations with Indonesia, India
13-Aug-2014 Bernama
The governments of Peru and Indonesia have completed a joint feasibility study in order to reach a free trade agreement, announced Tuesday Peru’s Foreign Trade and Tourism Minister Magali Silva.
Bear Creek announces its intent to commence an arbitration against Peru - Santa Ana dispute
12-Aug-2014 PR Newswire
Canadian company Bear Creek Mining announces that it intends to commence an arbitration proceeding against the government of Peru under the Canada-Peru FTA.
Govt to push for FTA with Latin American nations
15-Jul-2014 Financial Express
Even as the Indian government is to review its free-trade agreements with several countries in South and South East Asia, including the Asean region, it is set to push for new such pacts with countries in Africa and South America. 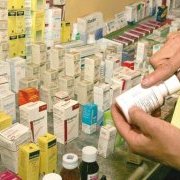 The US / Peru Free Trade Agreement and generic medicines
2-Jul-2014 Inca Kola News
Peru’s National Association of Pharmaceutical Laboratories (Alafarpe) has filed a petition in the Peruvian courts to stop generic drugs from being sold based on the terms of US-Peru free trade agreement, according to Inca Kola News
Peru, India to kick off FTA talks in August this year
2-Jul-2014 Bernama
Peru and India are expected to meet in August this year to hammer out a solid framework for staring negotiations on a Free Trade Agreement, the country’s Foreign Trade and Tourism Ministry (Mincetur) has said.
Peru, Morocco to hold FTA talks next year
27-Jun-2014 Agencia Andina
Governments of Peru and Morocco are expected to start negotiations on a free trade agreement (FTA) in the first quarter of next year, announced Morocco’s Minister of Foreign Affairs and Cooperation Salaheddine Mezouar. 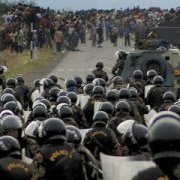