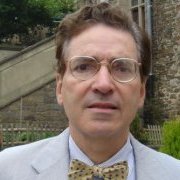 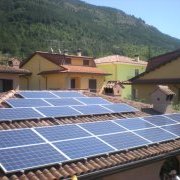 Italy withdraws from Energy Charter Treaty
6-May-2015 Global Arbitration News
The Italian government has recently declared its withdrawal from the Energy Charter Treaty (“ECT”).
EU’s trade chief wants special court for investor disputes
5-May-2015 Reuters
The EU’s trade chief proposed on Tuesday creating a new European court to settle disputes in international trade agreements, a step aimed at overcoming growing public resistance to a free-trade accord with the United States. 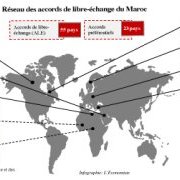 Morocco-Canada FTA – investment at the price of trade deficit
5-May-2015 L’Economiste
If Morocco signs the FTA with Canada, it will become the first African country to enter into a free trade agreement with Canada
Commission publishes updated EU textual proposal on regulatory cooperation in TTIP negotiations
5-May-2015 DG Trade
Today, the Commission published the updated EU textual proposal on regulatory cooperation, following the 9th round of negotiations for a Transatlantic Trade and Investment Partnership (TTIP). 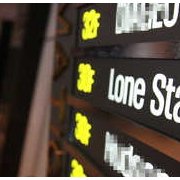 Controversy flares over ex-KEB chief’s new role with Lone Star’s law firm
4-May-2015 Korea Herald
A former top financial official who advocated for Korea Exchange Bank’s breakaway from Lone Star has taken up a position in a law firm that represents the US buyout firm at a time when the firm is suing the Korean government for $4.6 billion in an investor-state dispute. 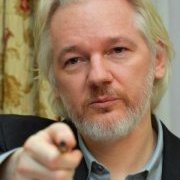 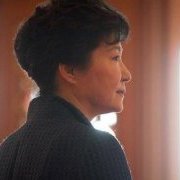 ‘Hanocal may sue Korean government over sale of Hyundai Oilbank’
4-May-2015 Korea Herald
The Dutch company will file an ISDS application against the Korean government, should the authorities refuse to pay 183.5 billion won ($169.9 million) in tax refund.
Corporate power ‘exorcism’ held outside London law firm billed for TTIP lawsuits
4-May-2015 RT
A group of radical performance activists who hail from New York staged an “exorcism” of corporate power outside an international law firm in London to raise awareness about the dangers of an EU-US trade deal being brokered behind closed doors. 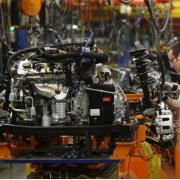 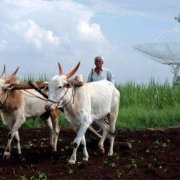 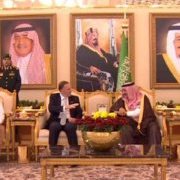 New Zealand next cab off the rank to close Gulf states FTA - Key
4-May-2015 National Business Review
Most of the Gulf states are positive about signing off on a NZ-GCC deal, although Saudi Arabia is a little more cautious, PM Key says. 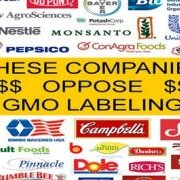 US lawmaker blasts ‘Monsanto provision’ in Fast Track legislation
29-Apr-2015 Congressman Peter DiFazio
US Representative Peter DeFazio today spoke out against a provision buried in trade promotion authority legislation that could help a government or multinational corporation attack state or national laws that require the labeling of genetically engineered foods. 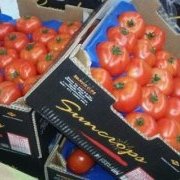 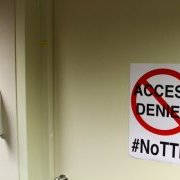 US to open TTIP reading rooms across EU
29-Apr-2015 EurActiv
The US government will open “reading rooms” in its embassies across the European Union, so that national politicians can read secret documents related to the Transatlantic Trade and Investment Partnership (TTIP).
S. Korea to announce start of FTA talks with Ecuador, Central America
29-Apr-2015 Yonhap
South Korea will soon announce the start of negotiations for free trade agreements with Ecuador and six Central American countries as part of a plan to expand its presence in the region, the government said Wednesday.
Japan, EU remain apart in FTA talks
29-Apr-2015 MENAFN
The two sides ended their latest round of free trade talks without narrowing their differences on key issues, reports Japan’s NHK. 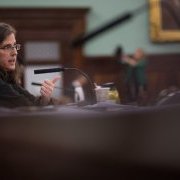 Pol says TPP trade deal could jeopardize NYC laws
29-Apr-2015 City Limits
"We cannot tell President Obama what to do. [But] our hard fought victories for protecting the lives of all New Yorkers will be at risk if he signs the TPP."
Transpacific Partnership: Canadian participation has been approved
28-Apr-2015 La Presse Canadienne
The US Chamber of Commerce is in favor of Canada entering into the negotiations for the Transpacific Partnership for a free trade agreement with lucrative Asian markets. So declared the powerful pressure group. 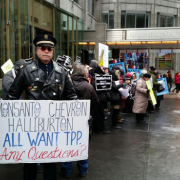