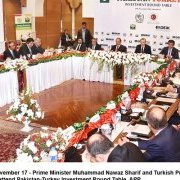 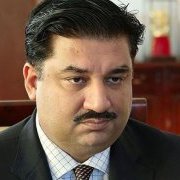 Pakistan rejects US draft of investment treaty
13-Mar-2015 Express Tribune
Pakistan has rejected the United States’ proposed draft of a Bilateral Investment Treaty (BIT) between the two countries, saying the acceptance of the US template would carry ‘dangerous obligations’ for the country. 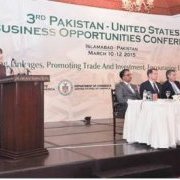 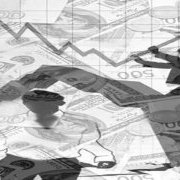 New bilateral investment treaty model
2-Mar-2015 Dawn
Pakistan’s Board of Investment is working on Pakistan’s own template of a bilateral investment treaty, which will replace previous treaties and serve as basis for new ones.
Pakistan, Turkey to finalise free trade deal
18-Feb-2015 Express Tribune
Pakistan and Turkey on Tuesday agreed to finalise a Free Trade Agreement (FTA) after their leaders announced that the two countries are embarking on fresh trade liberalisation initiatives. 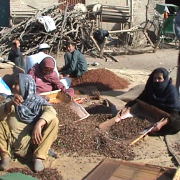 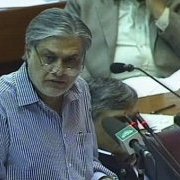 Dar briefed on BIT regime
16-Feb-2015 The News
Pakistan Finance minister says the government will review its existing bilateral investment treaties and develop a template for future ones.
China FTA
8-Jan-2015
If any further proof were required that too much emotion in our relationship with Beijing is harmful to our interests, the disclosures from the ongoing review of Pakistan’s Free Trade Agreement with China ought to be sufficient. 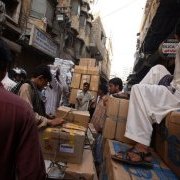 Pak: Industry’s concerns over cheap goods conveyed to China
7-Jan-2015 The Nation
Pakistan has asked China, under the Pak-China FTA, for compensation for losses it is incurring due to massive import of Chinese products.
Why is govt in a hurry to pay TCC for Reko Diq?
18-Dec-2014
The Nawaz Sharif government is in an unnecessary haste to settle and pay millions, possibly billions, of dollars as compensation for the Reko Diq gold and copper mines to a discredited and ousted Canadian-Chilean mining consortium, a decision if made may resemble the infamous circular debt payment of Rs500 billion in the early days of the PML-N government.
FTA talks with Nigeria on the cards
18-Dec-2014
Pakistan is working on a proposal for early initiation of negotiations with Nigeria on Free Trade Agreement (FTA) to boost bilateral trade.
Pakistan: Government to move carefully in approving US-proposed BIT
15-Oct-2014 Business Recorder
The government has decided to move carefully in respect to approving the new Bilateral Investment Treaty (BIT) template proposed by the United States as it contains clauses with far-reaching negative implications for the economy of Pakistan.
Pakistan sore at Indian auto invasion in Lanka
14-Oct-2014
The Pakistan Automotive Manufacturers Association (PAMA) has urged the Pakistan government to put automobiles and auto parts in the negative list of the Free Trade Agreement (FTA) with Sri Lanka to safeguard Pakistani manufacturers against the entry of cheaper Indian products manufactured in Lanka.
Pakistan likely to expand FTA trade with Sri Lanka
30-May-2014
Pakistan, Sri Lanka’s second largest trade partner in the region, has indicated interest in expanding its free trade agreement (FTA) trade with the island, creating growth in bilateral trade, which already exceeds the US $ 460 million mark, according to Sri Lanka’s trade ministry.
Trade experts see nothing concrete in Pak-US action plan
22-May-2014 Dawn
The Joint Action Plan signed last week by Pakistan and the US in Washington under Trade and Investment Framework Agreement (Tifa) is more of a goodwill gesture than anything concrete that can benefit the country, according to experts.
Pakistan still pays 9pc duty on leather export to China under FTA regime
12-May-2014
Pakistan is not benefiting from Free Trade Agreement with China, as the leather industry is still paying around 9 per cent import duty on its export goods to China owing to non-implementation of zero-duty under FTA regime.
Implementation of FTA with Indonesia urged
9-May-2014
Emphasising the need for enhanced trade relations between Pakistan and Indonesia, the Chairman Senate Syed Nayyer Hussain Bokhari on Thursday observed that the Free Trade Agreement (FTA) between the two needs to be implemented in letter and spirit for mutual growth and prosperity.
Minister hints at FTA with Japan
2-May-2014
Commerce Minister Khurram Dastgir Khan on Wednesday said that negotiations on signing of a free trade agreement with Japan were progressing.
FTAs with China, Malaysia damaging poultry industry
28-Apr-2014
Free Trade Agreements signed with Malaysia as well as China, without taking the real stakeholders onboard, are damaging the local poultry industry, as the imports of processed chicken products under FTA with Malaysia are subject to zero percent import duty and from China at 16% import duty.
Afraid of free trade
25-Apr-2014
Diplomacy in South Asia is given over to give-no-quarter bureaucrats, who cleave to a nationalism that continues to trump economics.
0 | ... | 220 | 240 | 260 | 280 | 300 | 320 | 340 | 360 | 380 | ... | 800
Subscribe to bilaterals.org weekly