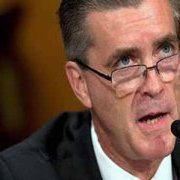 ‘Its high time to agree on BIT’
10-Dec-2012 APP
The United States Ambassador to Pakistan, Richard Olson, has called for early conclusion of Bilateral Investment Treaty (BIT).
PM asked to facilitate out of court resolution
26-Nov-2012
The Ministry of Petroleum and Natural Resources (MoPNR) has written a letter to Prime Minister Raja Pervez Ashraf to persuade the Balochistan government to settle the Reko Diq issue out of court, fearing a penalty of Rs39 billion by the International Centre for Settlement Investment Disputes (ICSID).
PIAF for tariff concessions as FTA with China expires on December 31
23-Nov-2012
Pakistan Industrial and Traders Associations Front (PIAF) has invited the government attention towards the first phase of Free Trade Agreement (FTA) with China that is expiring on December 31, 2012, and called for more tariff concessions as talks for second phase of the FTA are well on way.
Joint declaration on cooperation between Pakistan, EFTA member states
16-Nov-2012
Senior Minister for Commerce Mr Makhdoom Muhammad Amin Fahim today held a press briefing on "Joint Declaration on Cooperation between the Islamic Republic of Pakistan and the EFTA State" here on Thursday in the Ministry of Commerce at Pak Secretariat.
Govt depts unwilling to sign BIT
24-Oct-2012 The Nation
Despite US desires to sign a Bilateral Investment Treaty (BIT) with Pakistan without any delay, various government institutions still seem not on the same page making it a serious headache for the ruling PPP to get it through at the earliest.
Indonesia gaining palm-oil sales in Pakistan, Dalda Foods says
16-Oct-2012 Bloomberg
Indonesia, the largest palm-oil producer, has been gaining market share in Pakistan and may extend its position after a free-trade agreement, or FTA, comes into effect, according to Dalda Foods Pakistan, an importer.
Japanese companies keen to invest in Pakistan
10-Oct-2012 PakTribune
Japan on Tuesday termed Pakistan investment policy as best in the region and said Pak-Japan Bilateral Investment Treaty would help encourage Japanese investment in Pakistan.
WTO hopes regional integration from Pak-India trade boost
23-Sep-2012
The decision taken by Pakistan and India to scale down tariff to a maximum of 5% and remove all non-tariff barriers (NTBs) by 2020 will lead to regional integration, according to an official of the Geneva-based World Trade Organisation (WTO).
Pak-US hectic talks on BIT draft
2-Sep-2012
Pakistan and the United States remained engaged on Friday to narrow their differences over the draft of Bilateral Investment Treaty (BIT) which Islamabad and Washington have been discussing since March 2012
Pakistan, China FTA review: MoI, industrialists begin consultations
30-Aug-2012
Ministry of Industries (MoI) has started consulting with industrial representatives ahead of talks between Pakistan and China as part of the process to review Free Trade Agreement (FTA). Both countries signed FTA on November 24, 2006 which according to business circles has hurt some local industries very badly.
Pakistan businessmen want legal cover for their investment in India
6-Aug-2012 Bernama
Pakistani businessmen who intend to invest in India should be given legal cover to ensure that no future government in Delhi reverses the decision to allow investments from Pakistan, a leading trade lobby has said.
MoC seeks trade agreement with South American countries
5-Aug-2012 Daily Times
Pakistan’s Ministry of Commerce is negotiating trading arrangements with Mercosur countries like Brazil, Argentina, Paraguay, Uruguay, Venezuela and Andean Community (CAN) a trade bloc comprising the South American countries of Bolivia, Colombia, Ecuador and Peru to increase it’s trade market access.
FPCCI against trade agreement with UAE
29-Jul-2012 Express Tribune
The Federation of Pakistan Chambers of Commerce and Industry on Saturday opposed the signing of a Free Trade Agreement with the United Arab Emirates which, it said, would ruin the local industry by inundating the domestic market with foreign, cheap products.
US agrees to take disputes to Pakistani courts first
9-Jul-2012 Express Tribune
Amid calls to make public the draft of bilateral investment treaty, the government claims that it has gained much and lost nothing to the United States as Washington has agreed to first taking any business dispute to Pakistani courts for settlement.
Investment treaty with Canada opposed
24-May-2012 The News
Pakistan’s ministry of commerce has opposed the proposed bilateral investment treaty with Canada on a number of grounds as the controversial clause of covered investment is only to favour Canadian companies, The News learnt reliably on Thursday.
BIT of no use if FTA between Pakistan, US not signed
17-May-2012
The signing of Bilateral Investment Treaty (BIT) will not bear fruit without signing Free Trade Agreement (FTA) between Pakistan and United States of America (USA).
Domestic manufacturers concerned over reduction in tariffs
14-May-2012
Domestic manufacturers are having nightmares as the tariffs of imported finished goods from South Asian Free Trade Agreement (SAFTA) member countries would come down to five percent from the next fiscal year, while the duties on raw materials used to produce same products remain much higher, an official said on Saturday.
Pakistan now ready to engage with EU on GSP plus, FTA: Zardari
10-May-2012
President Asif Ali Zardari has said that Pakistan is now ready to engage with the European Union (EU) on Generalised System of Preferences (GSP) plus and a Free Trade Agreement.
0 | ... | 260 | 280 | 300 | 320 | 340 | 360 | 380 | 400 | 420 | ... | 780
Subscribe to bilaterals.org weekly