FTA signing highlight of Najib’s Ankara trip
16-Apr-2014
The signing of a Free Trade Agreement between Kuala Lumpur and Ankara will be the highlight of Prime Minister Datuk Seri Najib Razak’s two-day visit to Turkey.
Malaysia-Pakistan FTA to be reviewed by month-end, says Mustapa
11-Feb-2014
Malaysia and Pakistan will review the free trade agreement (FTA) between both countries by month-end, says International Trade and Industry Minister Datuk Seri Mustapa Mohamed. 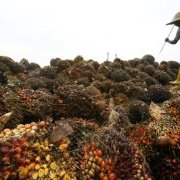 ‘Havoc for palm oil sector’
27-Dec-2013 New Straits Times
Palm oil refiners, some of which are owned by the country’s largest conglomerates, may face a bleak future if Malaysia accedes to demand under free trade pacts to dismantle the crude palm oil (CPO) tax.
FTA talks with EU postponed to give way to TPPA negotiations
2-Nov-2013 Bernama
The negotiations on the free trade agreement between the European Union and Malaysia were postponed to give way to the Trans-Pacific Partnership Agreement talks, said the Ministry of International Trade and Industry. 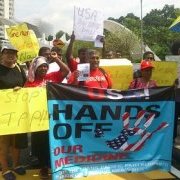 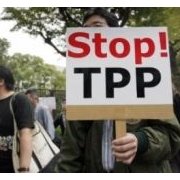