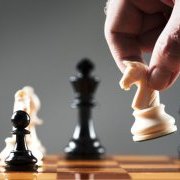 Agriculture, food and the TTIP: Possibilities and pitfalls
5-Jan-2015 CEPS
Two think tanks - the Centre for European Policy Studies and the Center for Transatlantic Relations - lay out possible "landing zones" on agriculture and food regulations in the TTIP 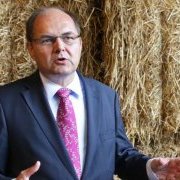 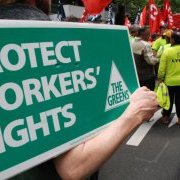 The Transatlantic Trade and Investment Partnership (TTIP) and labour
30-Dec-2014 European Parliament
Negotiations on the labour provisions in TTIP will start in 2015. This briefing for the European Parliament highlights some of the issues. 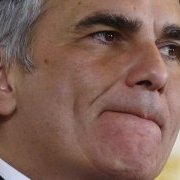 Austrian chancellor speaks against sanctions, and TTIP
25-Dec-2014 Tanjug
Austrian Chancellor Werner Faymann has warned that Austria could file a lawsuit before the European Court of Justice over EU’s intention to sign the Transatlantic Trade and Investment Partnership (TTIP) with the United States. 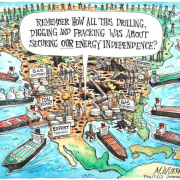 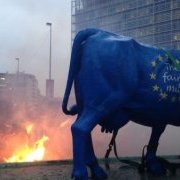 Farmers, unionists protest EU-US free trade talks
19-Dec-2014 Associated Press
Hundreds of farmers and trade unionists are protesting in Brussels against negotiations to set up a trans-Atlantic free trade zone, which they fear will leave them out in the cold at the expense of big multinationals. 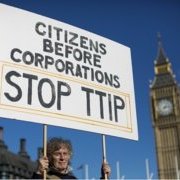 EU leaders seek to overcome hostility to US trade deal
19-Dec-2014 Reuters
EU leaders defended plans for the world’s biggest trade deal with the United States, seeking on Thursday to counter hostility in Europe and clear the way for the accord to be agreed by the end of 2015. 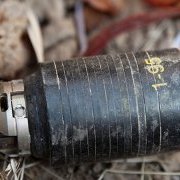 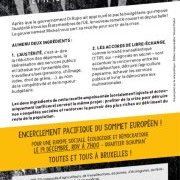 Free trade and austerity: an explosive cocktail
18-Dec-2014 Mediapart
On 19 December 2014, thousands of Europeans will gather in Brussels to surround the European Summit of Heads of State. 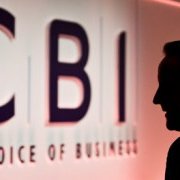 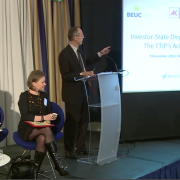 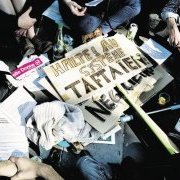 CETA draft: Important positions taken by the French National Assembly also relevant for TTIP/TAFTA and the EPAs
18-Dec-2014 Mediapart
On the 23 November 2014, the French National Assembly adopted a resolution whose importance cannot escape the attention of citizens who are opposed to the EU-Canada, EU-US and similar trade agreements.
EFTA states plan response to TTIP
17-Dec-2014 Tax-News
The European Free Trade Association (EFTA) countries could be faced with important challenges from the proposed European Union-United States free trade agreement known as the Transatlantic Trade and Investment Partnership, Swiss Federal Councillor Johan Schneider-Amman has said. 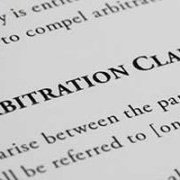 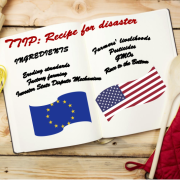 TTIP: A recipe for disaster
15-Dec-2014 CEO
This brochure explains how TTIP will promote the industrial model of food and farming, further threatening the survival of small family farms, local food initiatives, standards for healthy and safe food, animal welfare, the environment, and public health.
Turkey may leave EU Customs Union
12-Dec-2014 Turkish Weekly
If the EU-US trade agreement (TTIP) goes ahead and US goods are delivered to the Turkish market free of duty, Turkey may lose up to $2.5 billion-$3 billion. 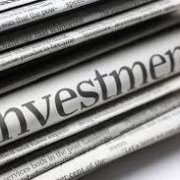 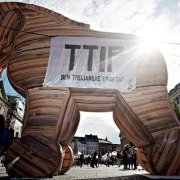 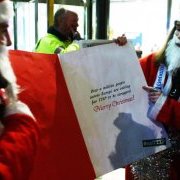