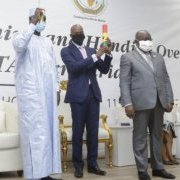 In spite of its many sponsors, the African Continental Free Trade Area (AfCFTA) goes into the wall
12-Dec-2020 SOL
The sharp decline in manufactured goods trade and the growing food deficit over the past 25 years call for the African Union to be more modest in its ambitions to become “the next world manufacturing center”, far from the free trade illusion of the AfCFTA. 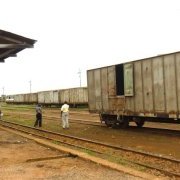 African ambassadors expect more cooperation with China under new FTA
10-Dec-2020 CGTN
The AfCFTA requires strong infrastructure linkage across the African continent, an area where China can reach out to help. 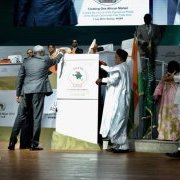 ‘No African nation yet to meet AfCFTA requirements’
9-Dec-2020 TheGuardian.ng
The Chartered Institute of Arbitrators (CIArb) said no nation had met the requirements for the implementation of the African Continental Free Trade Agreement (AfCFTA), despite the political will to get the pact ratified in good time.

EAC beats AfCFTA tariff offer deadline
7-Dec-2020 The East African
EAC’s tariff offer now brings the number of countries to 40 that are ready to join the AfCFTA on January 1, when trading under the agreement starts.